SAN FRANCISCO (KGO) -- Monday marks the 110th anniversary of the Great Quake and fires 1906. It serves as a grim reminder of what can happen in just seconds.

On Market Street, people gathered at Lotta's Fountain to remember as they have for more than a century. The fountain was a meeting place for people after the quake, and where survivors came to reflect on that fateful day. All the known survivors are dead, but their stories live on. We dug up some interviews from those who can no longer tell them personally. 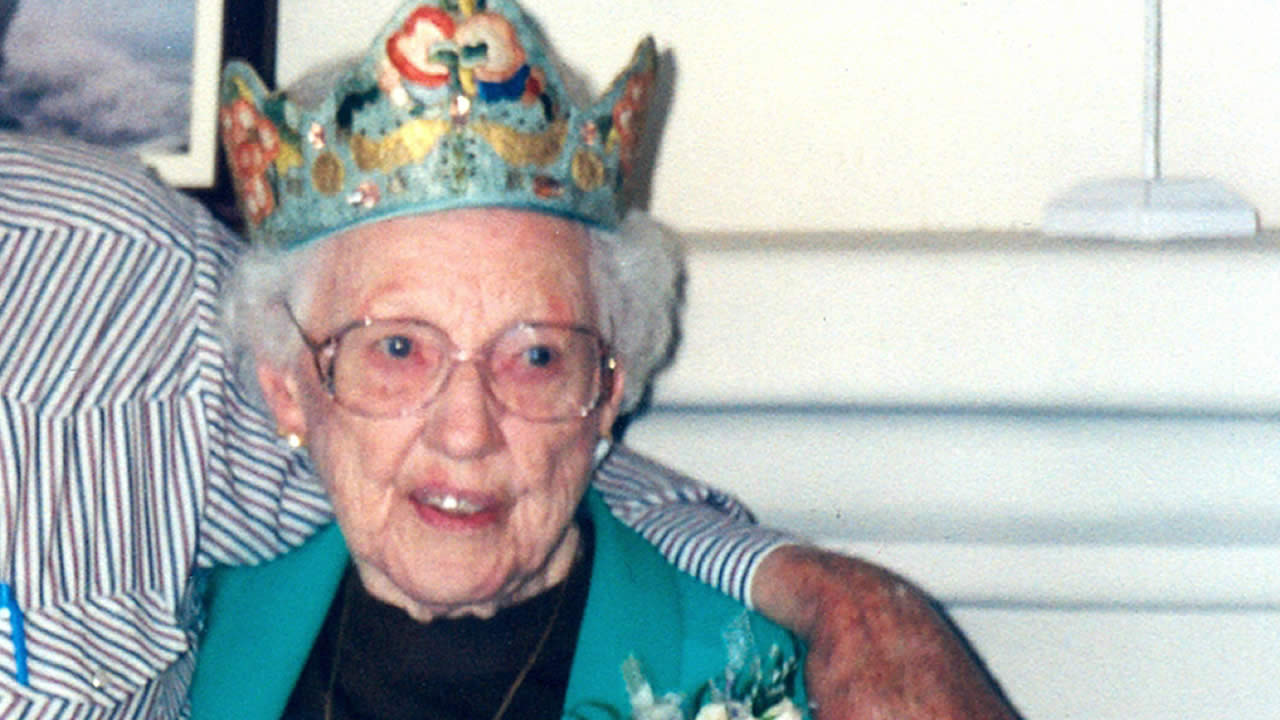 Before the quake, San Francisco was known as the "Queen of the West." It was "The" city on the West Coast, a bustling metropolis of 400,000 people.

Earthquake survivor Bill Bon Barton said that the night before the quake he, "Kissed my mother good night and she said, 'Be sure you say your prayers before you go to bed.' Little did I know, at that moment, that I would never see my family again."

In the early morning hours of April 18, 1906, San Franciscans were shaken awake by an earthquake. The magnitude 7.8 temblor was centered just off the coast of the Golden Gate and felt from Los Angeles to Oregon, and inland as far as Nevada.

"The earthquake came in with the roar of the ocean, it was a tremendous roar," one survivor once told us.

"I thought it was a wild animal," said Agnes Singer, another survivor.

And a man who rode out the quake remembered the moments after, "My mother said let's get out of here, there's too much stuff coming out of the sky, there were a lot of people praying on the street you know thinking that the end of the world was here."

Barton once spoke of about being thrown from the window in the violent shaker.

"I went through the window cot and all," he said. "Then I got a broken jaw, slice taken off the nose, this eyebrow was hanging. You can see it sticks up like now. Then I had a broken arm and two broken legs."

Historians believe more than 3,000 people died as a result of the quake.

"My mother was widowed with four children," one woman told us. "My father was killed downtown. He was buried on the side of a brick building fell."

One survivor we spoke to in the 1970s told us, "There was a thin column of smoke, rising slowly up into the sky, high up into the sky. We tried to rescue people but the heat of the flames pushed us back."

But there was little hope. Water lines throughout the city were also broken.

An earthquake survivor recounted, "I stood right there at the hydrant when the fireman coupled the hose and immediately he uncoupled it and threw the hose back upon the cart and said there's no water."

Singer told us "The first night my father woke us, it seems to me about midnight, and he said, 'Agnes, hope you never see a thing like this again.' And he showed me the panorama of the whole city in flames."

Entire neighborhoods were evacuated as the fires advanced.

A survivor interviewed in the early 1980s told us, "We used to sit out on our front porch at night and watch the flames from Mission and Market Street and watch them creeping up until it was time to vacate."

"We lived on Fillmore," another woman told us. "From there were chased up to the park, on Steiner and Clay, slept there the first night, and watched the city burn. The next morning we were chased to Presidio."

That's where the military set up tents for the refugees.

Three days late, rain came. It put out the embers of the blaze. What was left behind, a city in ruins.

When the dust settled, 25,000 buildings were destroyed, 300,000 people were homeless, and 80 percent of the city nearly leveled.

Many of those who evacuated the city never came back, populating other parts of the Bay Area. Those who stayed helped rebuild the city. Within three years most of it was been rebuilt. The cost of the disaster in today's dollars? $10.5 billion.

Are you ready for the next big earthquake? Click here for disaster preparedness resources.