KGO
By Cornell W. Barnard
SAN FRANCISCO (KGO) -- Controversy temporarily stopped this year's San Francisco's Pride Parade. The parade route was blocked for almost an hour by protesters who chained themselves together and refused to leave.

The parade started down Market Street at 10:30 am.

Thirty minutes later, however, it all came to a screeching halt.

A group of protesters got onto the parade route, sat down and refused to leave, their arms linked together with rainbow colored tubes.

The group says it was protesting police presence and corporate involvement at San Francisco Pride events.

"Corporations taking over pride, cops being at pride goes against the spirit of what pride should be," said activist Ella Hansen.

Some parade spectators got angry about the protest.

"This is wrong, this is not the vehicle, not the time to do this," said one man.

"Everything is at a standstill, I don't get what these people are saying.. I'm not against the police," said parade spectator Maria Elana Springsted.

Police officers monitored several feet away as parade organizers stepped in to negotiate.

"We were able to get our safety crew to ask the police to move back as a compromise, we're about to move on," said SF Pride Committee Board member Jaquelene Bishop.

UPDATE: #SFPride Parade is moving again. Protesters have moved on their own.

About an hour later, the parade was back on.

"We have so much to celebrate and so much work to do," said Harris.

SFPD took two people into custody after the protest.

"21 year-old Taryn Saldivar of Oakland was arrested and charged with battery on a police officer, resisting arrest and interfering with a parade route," San Francisco Police Department said in a statement.

The other arrest was 27-year-old Santa Rosa resident Lenneth Bilecki who was charged with "resisting arrest and interfering with a parade route," police said. 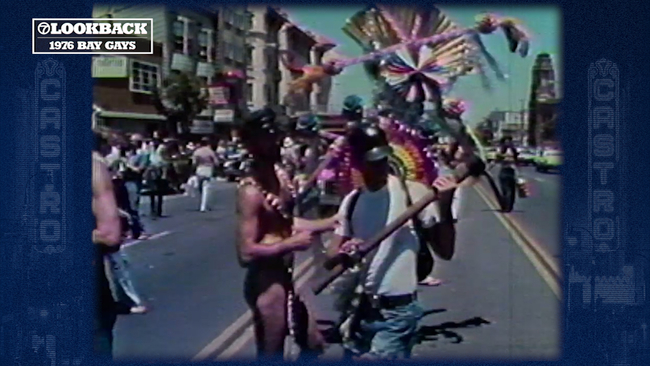 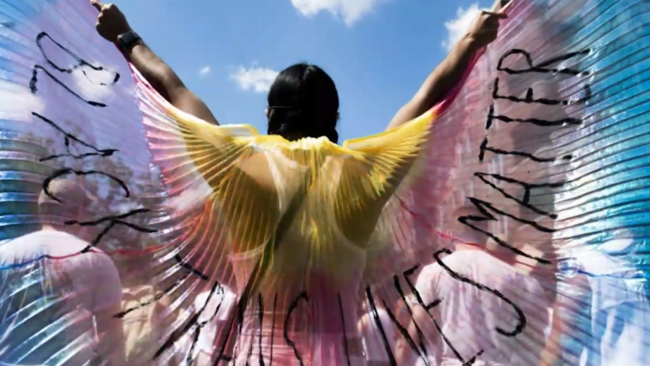