"We should be able to live in the city we live in and walk freely and not to have to worry about someone jumping us from behind."
KGO
By Dion Lim 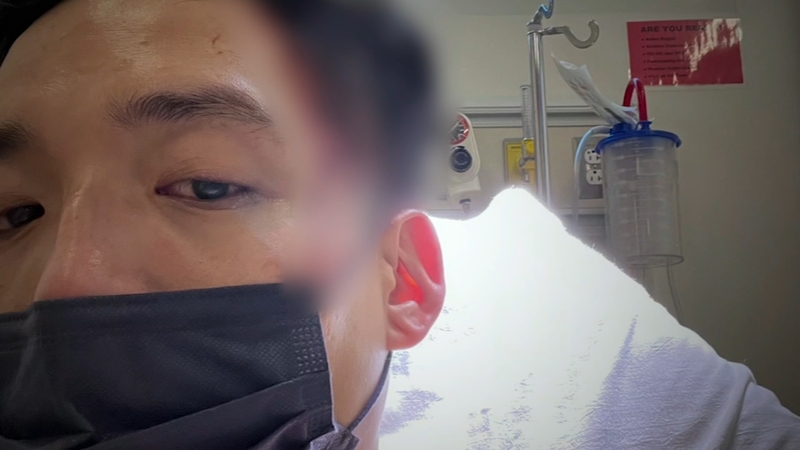 SAN FRANCISCO (KGO) -- A San Francisco man is now planning to leave the state after he was pistol-whipped and shot for his watch.

The man who requested he be referred to only as his initials "YY" said he was walking with a friend in the Mint Plaza area Sunday afternoon, looking for an apartment.

A number of brazen robberies are being documented across the Bay Area, involving expensive watches being taken right off people's wrists.

A car suddenly stopped along Mary Street as YY and his friend were checking out the surrounding streets. Two men jumped out, one with a mask and one without and demanded YY's Rolex then messenger bag.

YY was pistol-whipped and shot at according to police, grazed by a bullet. He is now planning to move to Texas or out of the country to Spain.

After YY says he was targeted for his phone in an attempted robbery once before, this is the final straw. He doesn't believe the issue is about not wearing jewelry or "nice things" but is a matter of finding solutions to make the community safer.

"We should be able to live in the city we live in and walk freely and not to have to worry about someone jumping us from behind or front or using a gun or no gun. The city has got to find a way to make us feel safer."

There have been a number of high-end watch thefts in recent weeks including a 52-year old Asian man who was pistol-whipped and robbed by two men with guns for his watch along O'Farrell between Steiner and Fillmore Streets.

A man who was shot twice while trying to deescalate a violent purse-snatching in Oakland's Chinatown, is speaking exclusively to ABC7 News.