"Our ridership matches office occupancy. Until people return to the office, we're going to have low ridership."
KGO
By Gloria Rodríguez and Leslie Brinkley, Gloria Rodriguez 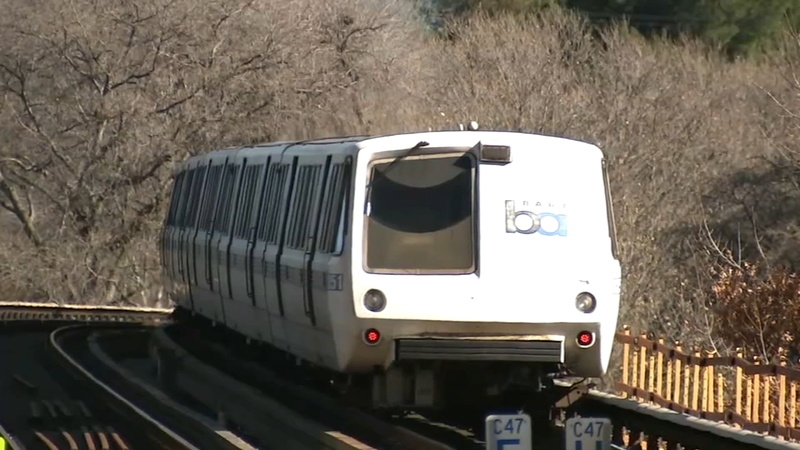 Future of BART at stake, 'in a crisis,' agency says

SAN FRANCISCO (KGO) -- The future of BART is at stake as BART board of directors met Thursday to discuss a "crisis mode" strategy as they deal with abysmal ridership numbers, made worse by the omicron surge. The lack of ridership on BART is turning into a long-term problem. Revenue projections are down. Ridership was hammered down again in the omicron surge.

In a chart, BART showed the lofty spikes of pre-pandemic rush hour ridership compared to a sputtering recovery happening in slow motion.

"Many commuters may not return to the transit community even when they return to work," said Michael Eiseman, BART's director of financial planning.

BART's board of directors wrestled with a harsh reality- they projected it may take until 2027 for the agency to regain 70 percent of its ridership. If there are more surges, it could be worse.

BART board of directors will be presented with latest numbers after facing COVID pandemic-related challenges.

BART's recovery is going much slower than rail services in cities like New York and Boston.

"The Bay Area is the breadbasket of technology and I think for many individuals, they've been able to effectively work from home," said BART Board of Director Bevan Dufty during ABC7's 7a.m. newscast, before BART was presented with the latest BART projections on Thursday.

"But I would say to you that BART's ridership has really evolved. Right now, a lot of our ridership are necessity workers, frontline workers," he said.

Dufty added, "There are more African-American and Latino riders and some of the stations like Fruitvale and Coliseum are among the top stations right now."

He admits the past two and a half years have been difficult due to the pandemic and pointed out some positives.

"Over the past two weeks, our weekday ridership has been growing every day. And I think that reflects the fact that hopefully, there's another turn in this pandemic and hopefully, we will see more individuals able to go back to work. What we're really focused on is welcoming back our riders."

Before the pandemic, hundreds of thousands of people would get in their cars, pack BART and Muni, and crowd the ferries to get into the Financial District. When people come back to the office, how do we find a path forward that will get them there safely?

But during their virtual meeting, BART directors expressed worries over office occupancy in San Francisco being one of the lowest in the country post pandemic, saying all transit agencies locally are struggling.

"Our ridership matches office occupancy. Until people return to the office, we're going to have low ridership. We have historically depended on that 9-5 commute," said Alicia Trost, BART spokesperson.

They floated the idea of putting a revenue funding bill on the ballot in 2024 and talked of launching an education campaign this summer called "Keep BART on Track" to convince lost riders to give BART a try again and support more taxes to keep BART solvent.

On Thursday, the BART board of directors voted to approve contracts with its three labor unions for the next three years, seven months ahead of time. The agreed-upon package includes an employee wage freeze for 2021.

"We're really in a crisis right now in getting our ridership. I just talked to a constituent this morning who said there's no way they'll pay for an additional tax. Any tax. This goes across the board," said BART director Liz Ames.

BART is also betting that growth could come in the form of trips that don't involve going to work. This weekend, they are expanding hours on Sundays and keeping more lines operational on weekends.

BART leaders held a TP ribbon-cutting ceremony for the completely renovated restrooms at the Powell Street Station in San Francisco.

BART is working on a few initiatives, such as providing cleaner stations and trains, and reducing crime with new ambassadors and crisis intervention specialists.