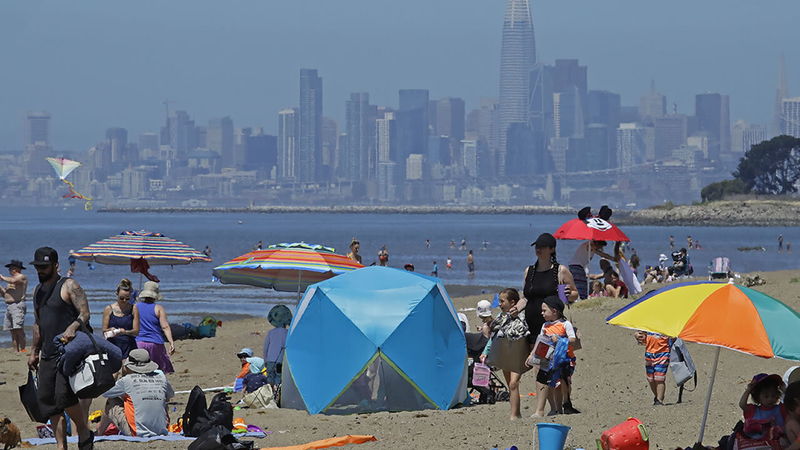 SAN FRANCISCO (KGO) -- Records were set Monday as the warmest air of the season so far arrived in the Bay Area. Temperatures were 15-20 degrees above the average.

Records were broken for these cities, with San Jose at 84, Oakland at 85, Santa Rosa at 89, Millbrae at 83 and Livermore at 82. Even San Francisco reached a high of 79, breaking previous record of 76.

The UV index was high with skin burn times of less than 25 minutes. The most intense rays were between 10 a.m. and 4 p.m.

The spring warmth will encompass all of California over the next few days. Southern California will likely touch 90 degrees by Wednesday.

It will remain warmer than what we're used to Wednesday with more record highs possible.

Cooler air will spread to all areas Thursday. Some inland areas will still remain warm compared to March averages.

The weekend will have a little bit of rain. Late Sunday rain arrives light to moderate in nature into early Monday morning. Unfortunately, this does not look to be a substantial storm, but it will break our heat. Right now, the system is at a Level 1 on the Storm Impact Scale.