Here's a look at how the atmospheric river impacted cities across the Bay Area.

Many Bay Area residents spent the last few days preparing for that moment, where now much of the Bay Area is under a Flood Advisory.

Creeks are full and many roads flooded:

Here's a look around the Bay Area as an atmospheric river drenched the region.

The North Bay was arguably hit the hardest from Sunday's torrential downpour.

A San Rafael resident shows up water has risen to the third step of his front patio. He watched overnight as the water kept creeping higher.

Several streets throughout the city were closed, including here at 3rd and Lincoln:

Downtown San Anselmo was closed for at least five hours over flood concerns. Police drove through the area evacuating businesses as the sounded their alarm for a flood warning.

In Santa Rosa, some neighborhoods were forced to evacuate due to floods.

Others were left in situations like this one, where a car had to be pulled from a flooded ditch:

Wine county also had its issues, like this neighborhood in Yountville:

In Martinez, residents were walking in water almost knee-deep.

Some of the South Bay was spared, relatively speaking compared to the rest of the Bay Area.

The 49ers dealt with the heavy rains down at Levi's Stadium ahead of their game.

Just take it from Sourdough Sam:

ABC7's Chris Alvarez was there as tarps collected puddles of water pre-game:

"My whole garage is up to my kneecaps. Everything is floating around," said resident Trevor Stines.

Here's a list of more helpful pages as we navigate through the rest of the storm:

ABC7 News meteorologist Drew Tuma is providing live updates on the storm as it moves into the Bay Area on Sunday. You can watch on abc7news.com or on our ABC7 News Bay Area streaming apps for Roku, Amazon Fire, Apple TV and AndroidTV.

The North Bay could receive a direct hit from the atmospheric river system and many neighbors are getting ready for lots of rain and possible flooding. Firefighters are ready to respond quickly to any emergency hoping for the best.

"That's as much as I can carry," said Julie Symons.

Julie Symons from San Anselmo and her son had no time to lose, they were filling as many sandbags as their car could carry ahead of the forecasted atmospheric river. Flooding is the biggest concern at Julie's new house.

"We're going to do the best we can and try to minimize the damage and soak up as much rain as we can, I'm worried about tonight," said Symons.

The free sandbag station was busy most of Saturday.

The Ross Valley Fire Department was taking no chances, metal floodgates were standing by at the firehouse in case of street flooding from nearby San Anselmo Creek.

Locals know that all too well. On New Year's Eve 2005, an epic winter flood turned downtown into a river.

That event is now remembered and commemorated with plaques and a high water mark on the firehouse flagpole. New high-tech rain gauges now monitor creek levels, on Saturday it was low. As a precaution, fire crews now carry swift water rescue gear on their engines.

Dave Riccardi shoveled the last of the sand at a free station in Novato.

"Once it starts raining hard, it's going to come pouring down and flood my garage most likely," Riccardi said.

Over the past week, we found city public works crews across the North Bay clearing storm drains and unclogging others, preparing for the big storm.

"Every time there's a big storm the hair on our neck goes up, we don't sleep well," Illingworth added.

"We need this water desperately for our crops, our families and the community," said Lou Preston a Sonoma County resident and farmer.

For the past four decades Lou Preston has seen the impact of fires threatening his home and vineyard on the outskirts of Healdsburg.

Luz Pena: "Last time how close did the flames get to your property?

Lou Preston: "Two miles perhaps from here. If the wind shifted we probably would've been in trouble."

Tonight he's welcoming the rain while keeping a close eye on the nearby creeks.

"In this area we are in two creeks. We are in dry creek and Pena creek. They both can flood very dramatically and overrun some of our vineyards and roads," said Preston.

In June, Healdsburg had the highest water conservation rate in the state at 57 percent water reduction.

"We went into a stage 3 water restrictions for the city of Healdsburg it means there was no irrigation of landscaping period," said Healdsburg councilmember, David Hagele and added, "Having the initial rain that we had this week and then the bigger storm coming it means the rain it's soaked in which every little drop helps right now."

This weekend the city of Healdsburg is tracking their water retention ponds and the Russian river.

"We are definitely not out of the drought by any means. We are grateful and thankful for the water that is falling from the sky but from conservation measures we have to be aware that this might be it for the year," said Hagele. 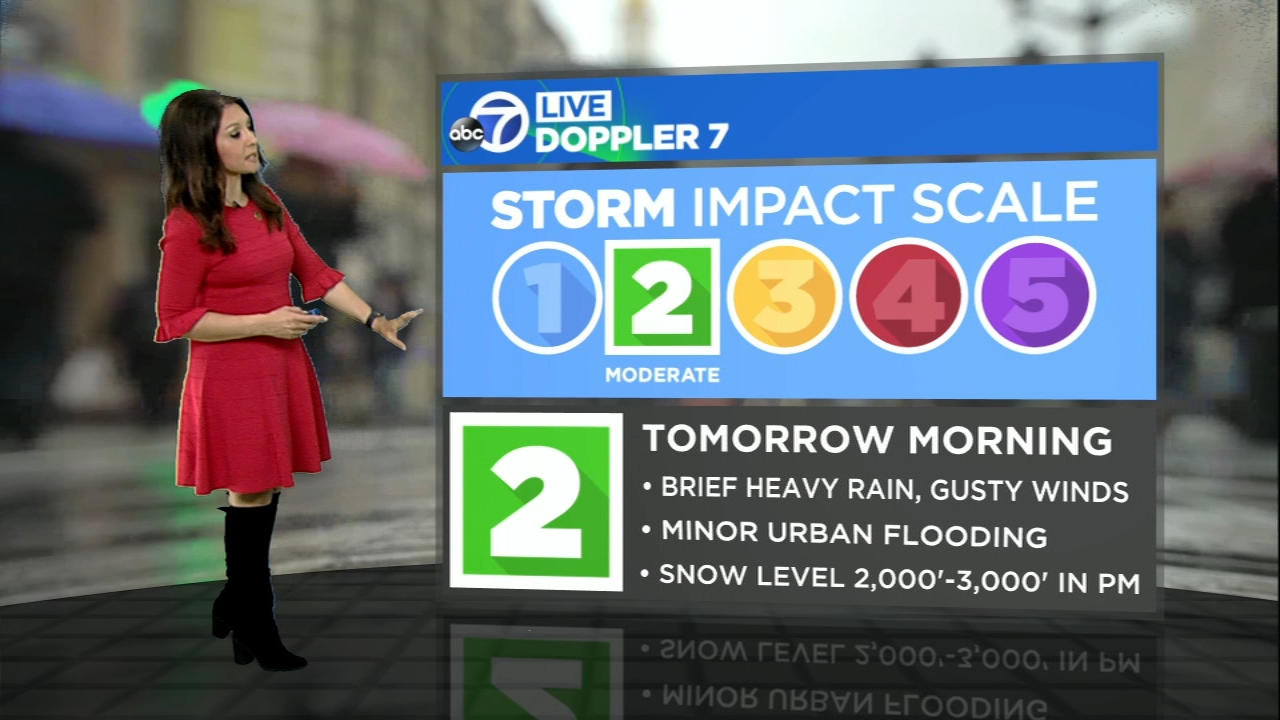