'Out of control': Amid SF homeless crisis, drug problem worsens in Castro District

"We are experiencing a heavy meth and fentanyl problem."
KGO
By Lyanne Melendez 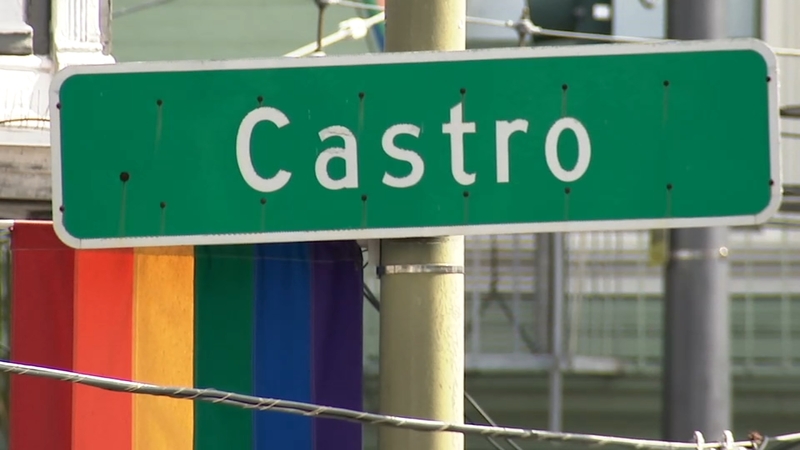 SAN FRANCISCO (KGO) -- There's a crisis on Bay Area streets, homelessness is becoming one of the top issues for many communities. But what used to be a confined homeless problem continues to spill over from the Tenderloin to other San Francisco neighborhoods, such as the Castro District where there is a drug problem

"We're just going around the corner, yahoo!," said Kathy Amendola, owner of Cruisin' The Castro Walking Tours as she leads a group of seniors who traveled from Sebastopol to the Castro District to take a neighborhood tour.

All of the tourists who come here are warned about the homeless crisis. This is what they will see as they walk around.

RELATED: 'I covered their eyes and we ran away': Family recounts what it's like living in SF's Tenderloin
EMBED More News Videos

"I explain we have a lot of unique individuals in San Francisco and I ask them to go with the flow," said Amendola.

People like Miles Robert, an unhoused man who now occupies the entire front of an abandoned building.

"I came here about last November from Texas," he told us.

But in most cases, the word "unique" doesn't quite apply here. Ask anyone who has been verbally or physically attacked by one of the people living on the streets.

"There was a young fellow, I suspect he was mentally ill, he spat on me. He was smoking something in my parklet and I had to ask him to leave," revealed Derek Spreckelmeyer, a waiter.

"Just last week, one of my managers was punched by somebody. It's just absolutely out of control and until we address it as something other than homelessness, it's not going to get fixed," said Terry Asten-Bennett, one of the owner of the well-known Cliff's Variety Store.

A San Francisco nonprofit is making a call to help women experiencing homelessness move off the streets and into safe shelter.

Amendola herself continues to be harassed by a man from the homeless commmunity.

"He constantly verbally screams at myself and my groups," she added.

While we were there, we saw no police on foot and only one patrol car. Mostly everyone here agrees the drug problem here has reached a critical point.

Many community groups are doubling their efforts to clean the streets of the Tenderloin of crime, drug dealing and homelessness.

"We are experiencing a heavy meth and fentanyl problem and the lifestyle that goes with it and again without public officials upholding current laws this is what happens," said Amendola.

The supervisor for this district, Rafael Mandelman agrees.

"There's a strong political constituency that doesn't believe in that, that believes that any sweeps of encampments are wrong even if you are offering services and shelter first," said Mandelman.