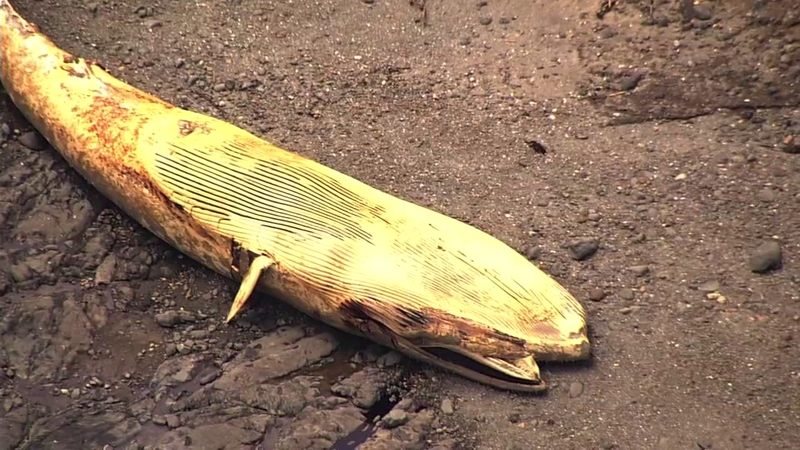 OAKLAND, Calif. -- Another dead gray whale washed ashore on Bolinas Beach in Marin County, the fifth dead whale found in the San Francisco Bay Area since March and the third since Friday.

The Marine Mammal Center said the whale was reported Tuesday and a necropsy was planned.

A dead whale found beneath a bridge in the Oakland estuary was towed by wildlife officials to Angel Island, where scientists will perform a necropsy.

In a report Wednesday, the National Oceanic and Atmospheric Administration said there were 31 whale entanglements in fishing gear reported off the West Coast in 2017, lower than in the previous two years, but still much higher than pre-2014 levels.