KGO
By Kate Larsen
SAN FRANCISCO (KGO) -- Every year the Blue Angels fly into town, ships pass through the Golden Gate and sailors file down city streets, which means it must be October and the start of Fleet Week.

But the Humvees, ships and planes aren't just for show.

"Fleet Week in San Francisco is unique. No other city in the United States is doing it like we do. We really feel like this is preparing San Francisco and making us a much more resilient city," said Francis Zamora who works for San Francisco's Department of Emergency Management, which holds exercises with the police and fire departments, along with the military, to prepare for a potential disaster.

On Sunday, a Navy Landing Craft Utility boat simulated a landing at Pier 50, as if there was a catastrophic earthquake in San Francisco.

But, Fleet Week is also about family.

"We drive here from Manteca, just to see our son," explained Cesario Divad. Divad and his family waited outside Pier 32, where the USS Bonhomme Richard, an amphibious assault ship, moored on Sunday. Hours passed and crews of sailors made their way from the ship to the Embarcadero. Until around 6:3opm, a familiar face appeared in the sea of uniforms. Ian Divad was met by his family with open arms. "I get to see family, get to sped time with them, tour around San Francisco again. I haven't been home in like almost two years, three years," said Ian who us a 2nd Class Petty Officer in the U.S. Navy. "It's gonna be fun. I miss them so much. I love them so much."

The Blue Angels arrive in the Bay Area Sunday night, one day ahead of San Francisco's Fleet Week, which millions are expected to attend. Highlights include ship tours, air shows, and the Parade of Ships on Friday.

Fleet Week runs through the Oct. 8. To get updates about fleet week, you can sign up for "alert SF" during fleet week. Just text "fleetweeksf" to 888-777

Take a look at the latest news and best videos from Fleet Week here. 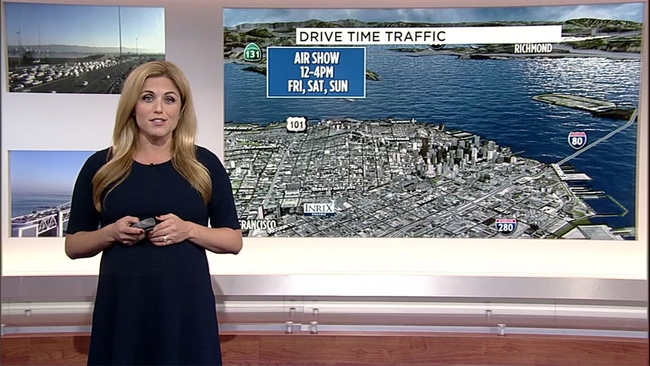 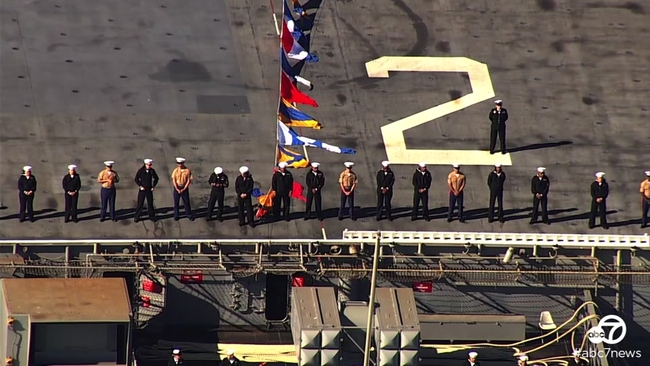