Kaydan was 37 credits away from graduating high school in Vacaville. A youngster with a love for welding and making music.
KGO
By J.R. Stone 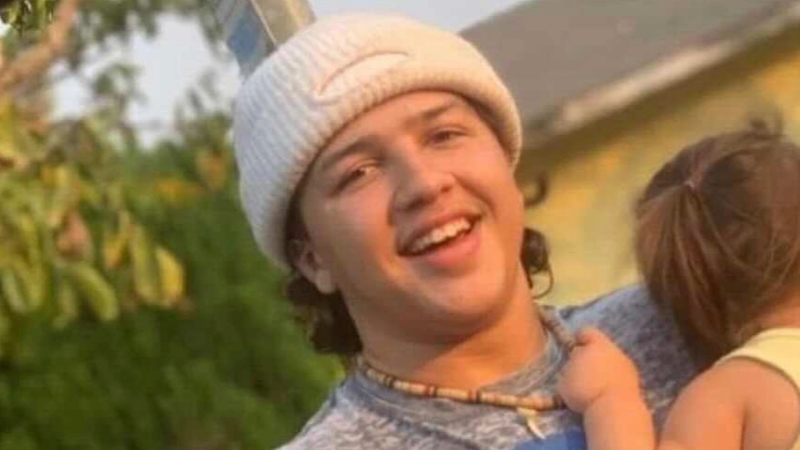 VACAVILLE, Calif. (KGO) -- Sunday was a very difficult Mother's Day for a Vacaville mother who lost her son to a fentanyl overdose two weeks ago.

That mother is now warning parents that drugs like this aren't just in big cities; it's in your neighborhood too.

"Talked to each other for a minute and then he kissed me on top of the head and said he was going to go lay down, and I said, 'Okay I love you' and he said, 'I love you, I'll see you in the morning.'"

That was the last conversation that Brenda Steed ever had with her son Kaydan Ross. An 18-year-old young man who was 37 credits away from graduating high school in Vacaville. A youngster with a love for welding and making music.

Brenda didn't know it at the time of that "good night," but Kaydan had taken one and a half counterfeit M30 Percocet or oxycodone pill with his girlfriend. Brenda would find out later, that the pills were laced with fentanyl.

Kaydan was alive but in bad shape. Rushed to the hospital and placed in the ICU. As days went by some of his organs recovered but his brain did not.

"At that point was when they checked his pupils. His pupils looked like they were blown. So that's when we went to the next step." said Steed.

Brenda was at a loss of words when we spoke with her Sunday night as she described some of the worst news. They did two brain tests on April 23 but Kaydan was unresponsive.

"He was a healthy 18-year-old boy who played sports his whole life. He didn't do drugs," said Steed who said in recent weeks and months he had been spending time with a different crowd.

A week after arriving in the hospital Kaydan was pronounced dead. His sisters, brought their mother flowers when we spoke with them.

"The hardest part of it is watching your baby brother die," said Kaydan's sister Mashelle Moss.

Brenda's message to parents is clear, these pills, often laced with fentanyl, can kill and they're not just in dark city streets, they're in every community out there.

"Talk to their children, let them know. If it is not prescribed from a doctor, if it is not given from a parent, or even from a nurse at school, do not take anything that they do not know what it is," said Steed.

As sad as Kaydan's passing was, his family tells us he was an organ donor, and his death did end up saving a life. Both his kidney and liver, which were still in good shape, went to a woman who needed both a kidney and liver.

Kaydan's family has started a Facebook page to remember the young man and warn others about the dangers of drugs like fentanyl.

The Vacaville community has helped raise more than $21,000 for Kaydan's funeral on a GoFundMe page.