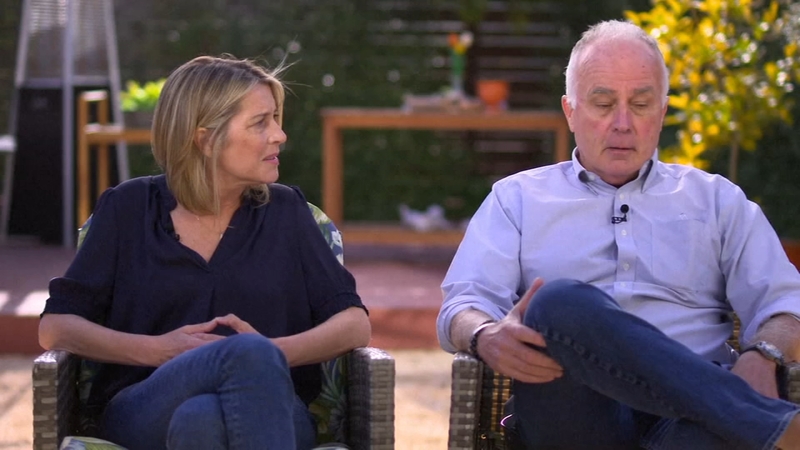 SAN FRANCISCO (KGO) -- The parents of Finnegan Elder, one of two Bay Area college students sentenced to life in prison in Italy, discussed the guilty verdict in an ABC News exclusive interview, which aired on Good Morning America Monday morning.

"There's a lot of things in Finn's reality now -- his life as a prisoner -- that I just can't think about," added Leah Elder, Finnegan's mother. "It's too hard. It's too painful."

The couple's 21-year-old son was dealt Italy's harshest sentence on May 5 for the murder of a police officer.

Finnegan Elder and his friend, 20-year-old Gabriel Natale-Hjorth, were on vacation in Rome in July 2019. They were standing on a street corner to meet someone associated with a drug dealer. When two police officers in plain clothes approached, they got into a struggle. Prosecutors said at one point, Officer Mario Cerciello Rega pinned Elder to the ground. Elder stabbed the officer to death 11 times with a seven-inch knife.

"He feels like he's been sentenced to something worse than the death penalty," said Leah Elder.

Finnegan's parents told ABC News they think the punishment far outweighs the crime. They said their son has been mischaracterized.

His mother said, "Finnegan, first and foremost, has an incredibly kind and very very gentle soul. He is honest to the point of - I used to say when he was younger that Finn vomits the truth. He does not see a reason to lie. He's incredibly kind, incredibly sensitive and painfully honest."

When the verdict was read, Leah Elder was overcome with emotion. His father reportedly yelled, "Finnegan, I love you," as his son was led out of the courtroom.

The couple said Finnegan suffers from depression, and they're concerned about his mental state.

"I understand that a man lost his life," Leah Elder explained. "I know that Finn should do time. I would like Finn to have a sentence that is proportionate and that takes his mental health into consideration."

Natale-Hjorth was also sentenced to life in prison.

An appeal of the verdict is in the works.

"They gave him and they gave Gabe a sentence that is befitting a mafia boss who wantonly kills innocent people. How could these two boys possibly be in that same league?" questioned Craig Peters, the attorney for Finnegan Elder.

Dan Noyes of the ABC7 News I-Team reported on the case in an hour-long documentary called "32 Seconds: A Deadly Night in Rome." You can stream it right now in the featured row of our ABC7 Bay Area connected TV app on Roku, Amazon Fire, Android TV and Apple TV. App download information here.