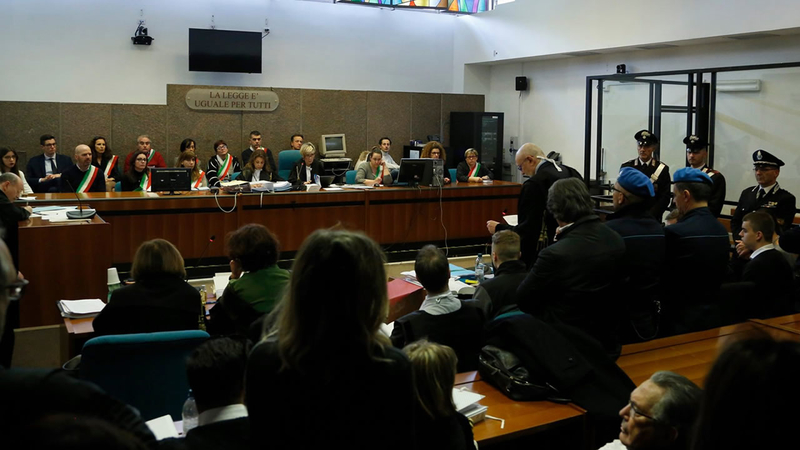 SAN FRANCISCO (KGO) -- The trial for two college students from the Bay Area accused of murdering an Italian police officer is underway once again, after delays due to the coronavirus pandemic.

Finnegan Elder of San Francisco and Gabriel Natale Hjorth of Mill Valley are accused of killing an undercover police officer in Rome last summer after a drug deal gone bad.

The defense Wednesday is complaining that the media continues to be excluded from the hearing. Also, a transcript of a police officer interview has surfaced, which indicates one of the men involved in the drug deal was a police informant.

Elder's lawyer, Renato Borzone, told AFP, "This is the latest worrying development to give us the impression they are trying to hide something in this trial."

Finnegan Elder's father, Ethan, told the I-Team's Dan Noyes, "More lies, omissions and mistakes by the prosecution and Carabinieri continue to be exposed during recent hearings. We hope the full picture of what really happened that tragic night is becoming clearer. We are trying to save our son's life."

Finnegan Elder and Gabriel Natale continue to say they did not know the two men were police officers that night, that they thought the officers were thugs coming after them for stealing a backpack, and that they acted in self-defense.

Italian Carabinieri Deputy Brigadier Mario Cerciello Rega had just returned to duty from his honeymoon, when Elder stabbed him to death. Natale Hjorth struggled with Cerciello Rega's partner and managed to run away.