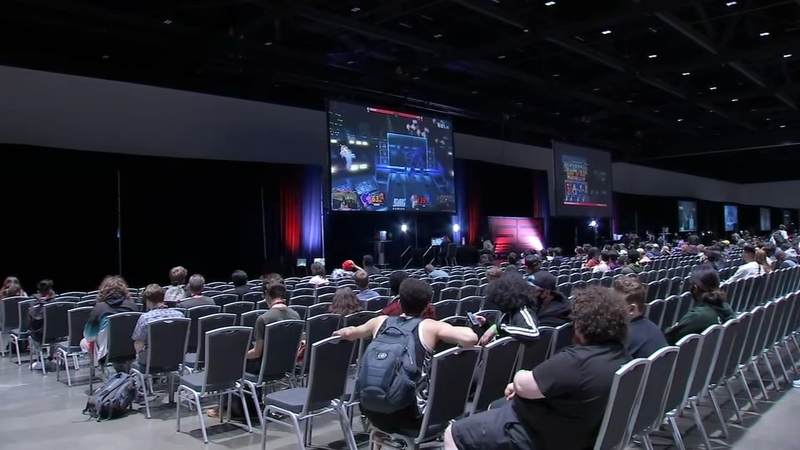 Genesis 8 is billed as the largest grassroots, community-run, Super Smash Bros. tournament in the world, with Bay Area roots.

"We started in 2009, in a barn in the Contra Costa County Fairgrounds in Antioch," Genesis Gaming co-founder, Sheridan Zalewski said. "Because that was the only place we can figure out where to put 600 people that came to our first event."

RELATED: Large conventions 'on the books' in SJ, boost to economy and real recovery anticipated

From 600 then, to an estimated 5,000 people descending upon Downtown San Jose on Friday. He said 4,600 registered on website.

Zalewski said he and a group of friends who created the competition, initially gamed together in 2004-2005. Today, he and co-founder Boback Vakili are the main organizers.

The tournament, which lasts through Sunday, is bringing back convention center staff after a tough two years of cancelled events. It's also reconnecting people with shared interests, once again, in-person.

Typical at many conventions, ABC7 News found someone in a costume.

"Definitely gonna be out this weekend," Jim Norris said. "Yeah, going out to restaurants, bars and stuff."

Welcome words for Michelin-starred Chef David Costa. During Friday's lunch rush at Petiscos on South First Street, he explained he wasn't only busy cooking, but bussing tables between orders.

"The people that's coming for the event in the convention center- it's coming a lot of people at the same time," Chef Costa shared. "Which, maybe it's the same hours for the lunch. It's very good."

"We have so many employees back at the convention center," Wong told ABC7 News. "In the kitchen, doing refreshments, doing the food and beverage service and stuff. People on the floor. We have our IT department, we have our security."

"The more conventions, more business, more support we have as an organization and as a city to bring these conferences and these meetings to San Jose, the better it is for the entire community," she said.

Wong emphasized that tourism is the economic driver for the entire city of San Jose.

Back at the convention center, site selection and contract negotiator, Rhanee Palma anticipates more events to come back online. Still, remembering what challenges were faced to get to Friday.

Having had a hand in Genesis 8, Palma said the pandemic has forced organizers to find a way to incorporate nostalgia and the new normal.

She added, "This is one of those moments where you can kind of step back and reevaluate and pause and say, 'What do we really want from this?'"