As violence erupts in Kabul after two separate bombings in the last two days, an Afghan evacuee in the Bay Area fears for his family back home.

SAN FRANCISCO (KGO) -- Violence is erupting in Afghanistan as at least 16 people were killed and dozens more injured in two separate bomb blasts in the past 48 hours in the capital city Kabul.

"When we saw this on social media, we just talked with our family members and they were safe," said Nasrulla Amirzai, referring to a Saturday morning bomb blast that killed at least eight people and injured at least 22 more, coming just one day after a car bomb killed another eight people in the city.

Amirzai worked alongside the United States in Afghanistan for years and was one of more than 82,000 people evacuated amid the Taliban takeover nearly one year ago. He's now living in Concord, but his family is still in Kabul.

"My young sisters and brothers, they are at home now, they are not able to go to school, or the city, or the bazaar, so they are like prisoners," he said.

Blame for Saturday's blast is likely to fall on the Islamic State, which took credit for Friday's deadly car explosion near a Shiite mosque. The group is known for targeting Afghanistan's minority population.

"Everyone in Afghanistan is worried about their family," said Amirzai.

The unrest comes days after hundreds of Afghans took to the streets of Kabul to protest the U.S. drone strike that killed Al Qaeda leader Ayman Al-Zawahiri.

Bay Area refugee resettlement agencies are working, trying to make it so Afghan evacuees can stay permanently, which potentially paves the way for them to bring family to the area.

"Already our asylum system is so packed and that is causing an additional layer of challenges," said Fouzia Azizi, refugee services program director at Jewish Family and Community Services, East Bay.

More than 1,000 Afghan evacuees have landed in the Bay Area since September, needing attorneys to navigate the immigration process.

"Every single organization we know is at its maximum capacity and everyone has a waiting list," said Aziz.

There is a bill in Congress called the Afghan Adjustment Act that would streamline the immigration process for evacuees, but it's been stalled for months. Meanwhile, the clock is ticking down on their stay.

"It's a temporary status that will expire in two years," said Aziz. "So, that two year at like gunpoint is right there."

As for Amirzai, he anxiously waits and hopes to be reunited with his family. "They also worry about me and I also worry about them," he said. "So, I will be very happy to join them in America and see them."

For resources on helping Afghanistan and the Afghan community, visit here. 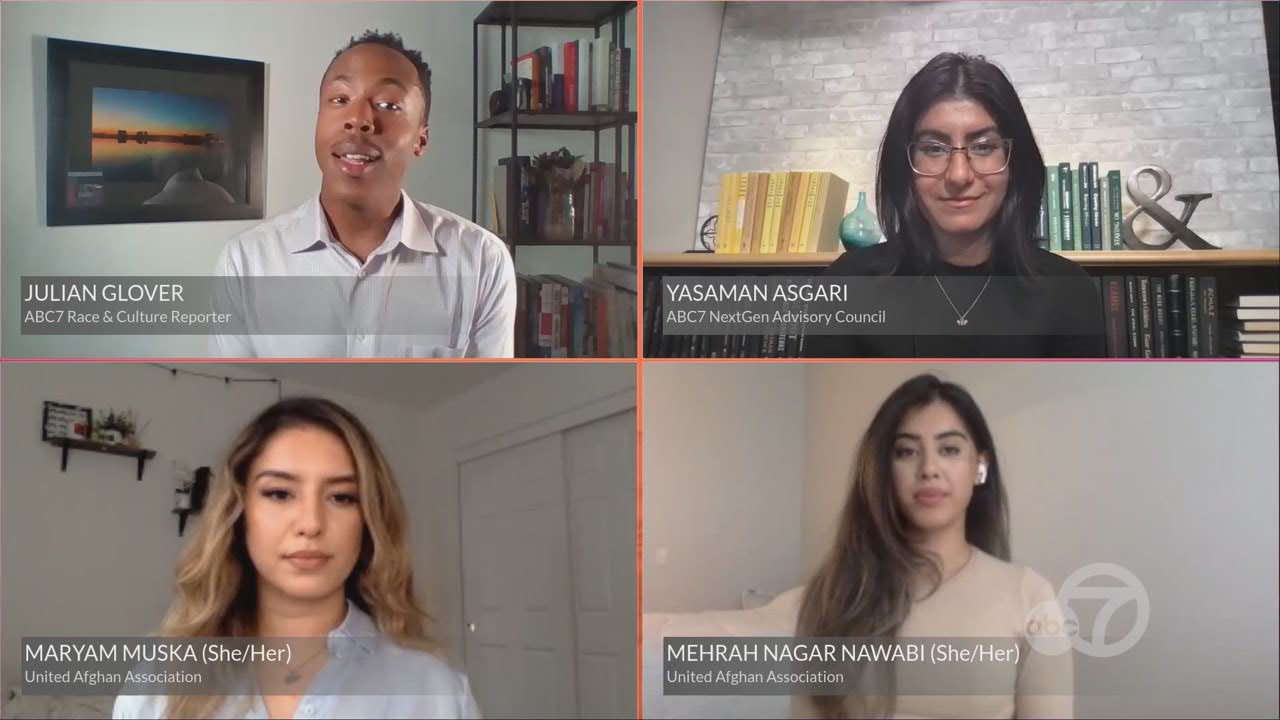