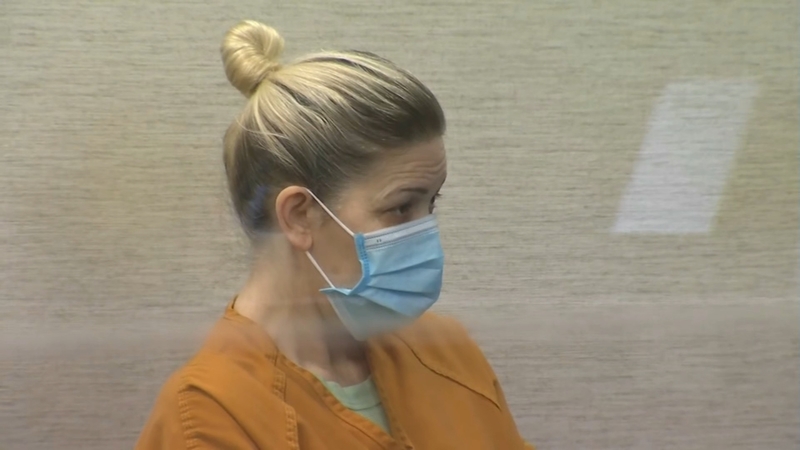 That's after several alleged teenage victims and their parents urged a judge to keep her in jail.

O'Connor is facing charges with 15 accusers.

Six spoke out at the last hearing in January.

Thursday, one more victim and three parents spoke, all urging the judge to keep O'Connor in jail.

O'Connor sat in the courtroom with her back turned to them as they spoke out.

Cameras were only allowed to show O'Connor and her defense attorney.

The names of the victim and the parents are not being given, but one man identified himself as O'Connor's ex-husband and the father of her oldest son.

The Los Gatos mom accused of throwing secret drunken sex parties for teenagers is back in the Bay Area. She arrived at the San Jose airport Tuesday.

Her ex, echoing the others, urging the judge to deny O'Connor Bail.

He stated that O'Connor is a menace to society.

The young victim who spoke in court shared her traumatic experiences, also asking the judge to deny bail.

"We believe that this decision is the right decision to keep the public safe," said Santa Clara County Deputy District Attorney Rebekah Wise.

Shannon O'Connor made her first appearance in a Santa Clara court Wednesday as she has been charged with 39 counts of different acts against minors.

O'Connor is accused of hosting parties for her teen son and his friends at her home in Los Gatos where prosecutors say she would supply alcohol and push it until some teens vomited. The teens also testified that they felt forced into sexual encounters.

Wise is prosecuting the case, she argued against O'Connor's lawyer Brian Madden.

Madden claimed that O'Connor was entitled to bail under the California constitution because the crimes are not violent felonies and she is not a flight risk.

A judge will now wait until Feb. 3 before deciding whether to grant bail to a Los Gatos mother charged with organizing drunken sex parties for teens.

"Just because the defendant didn't personally push the victim or caused the violence. The fact that she orchestrated it, set it all up, watched it happen, knew the effect of her actions, and then kept going, showed that these felonies qualify as acts of violence," said Wise.

Madden said the fight to get O'Connor out on bail is not over.

"We'll be filing a petition in the sixth district court of appeal challenging the court's ruling today," he said outside of the courtroom.

For now, the next court date will be April 11 when O'Connor is expected to plea.