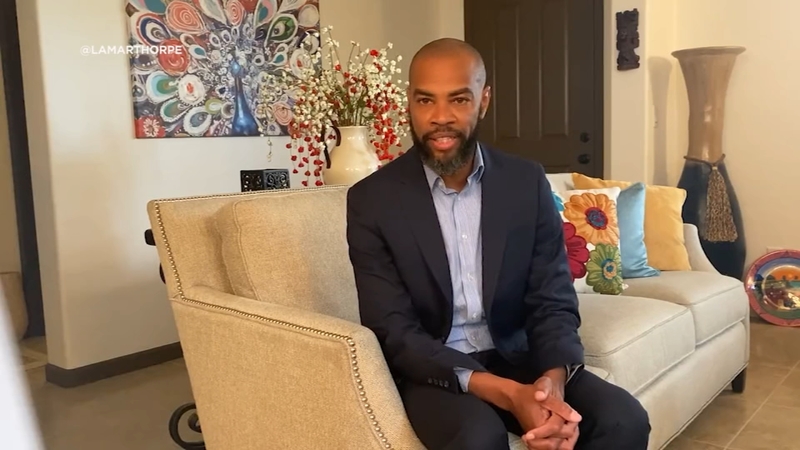 ANTIOCH, Calif. (KGO) -- Antioch Mayor Lamar Thorpe revealed on Saturday that he was pulled over and cited by the California Highway Patrol early Saturday morning.

"Good morning, Antioch. I wanted to come before you today because I wanted to share some personal news with you. Last night, after having dinner with a friend, I was pulled over by the California Highway Patrol and cited for driving under the influence. For that, I take full responsibility," he said in a video statement on Twitter Saturday morning.

According to the CHP news release, Mayor Thorpe was traveling in a Volvo on Northbound I-680 near Monument Blvd. He was the only driver in the vehicle before he was arrested at 1:27 a.m. Saturday.

The release also said there was an injury collision being investigated in the same area of his arrest, but the two incidents were not related.

Mayor Thorpe said under the advice of counsel, he is limited in what he can share with the public, but continued, "I felt it was important to be open and direct with you. Although I never felt inhibited by the drink I had with my dinner, I'm deeply sorry for the lapse in judgment and I hope that you can forgive me."

He ended his message, saying: "Being your mayor is one of the greatest honors of my life. And I am sorry, if I have embarrassed you in any way. You have my full commitment that I will grow and learn from this moment, and continue to work diligently on behalf of the residents of Antioch."

Some residents in Antioch are upset over the news.

"Surprise and disappointment mostly, but I hope he gets better and learns from it," said Kobe Battle, an Antioch resident. "I understand that everybody makes mistakes but as a mayor you have to try your hardest to make a better representation of your city."

Others on the City Council think Mayor Thorpe should resign right now.

"We need our public officials our elected officials to be held to a higher standard," said Councilmember Mike Barbanica. "I am asking the mayor step down, deal with your legal issue that occurred recently and don't put the city through this."