Monsanto is appealing a $78.5 million dollar judgement against the company by a San Francisco jury that determined its weed killer Roundup caused a Bay Area man's cancer. (KGO-TV)

SAN FRANCISCO (KGO) -- Monsanto is appealing a $78.5 million dollar judgement against the company by a San Francisco jury that determined its weed killer Roundup caused a Bay Area man's cancer.

Monsanto is also asking the appellate court to reconsider a previously denied motion for a new trial.

The financial settlement awarded to DeWayne Johnson, a Benicia School district groundskeeper, was originally set at $289.2 million dollars but Judge Suzanne Bolanos elected to reduce that amount to $78.5 million saying it exceeded the maximum allowed.

Johnson's attorneys said they disagreed with the decision, but said that their client accepted the financial settlement in an effort "to hopefully achieve a final resolution within his lifetime."

However, that payout is now on hold as the appeals process moves forward.

Two jurors from the landmark Monsanto case that awarded a Groundskeeper $289.2-million talk to ABC7 News two months after the verdict.

Bayer, which acquired Monsanto in June, said in a statement that none of the science presented at trial supports the conclusion that Roundup was a substantial cause of Johnson's non-Hodgkin's lymphoma.

An email to a spokeswoman for Johnson's attorneys was not immediately returned.

Bayer says numerous studies have shown glyphosate, the active ingredient in the weed killer, is safe when used properly.

ABC 7 News interviewed jurors #4 and #11 after they handed down their $289.2 million verdict in August.

They said they awarded Johnson $250 million in punitive damages because they wanted that amount to be big enough so that Monsanto would take notice and warn other consumers.

In her ruling to reduce the financial ruling, Judge Bolanos said the punitive damages must be reduced to the maximum allowed by due process in this case -- $39, 253,000 and change, equal to the compensatory damages awarded by the jury.

ABC 7 News reached out to Judge Bolanos after her ruling. She said she appreciated being asked to comment but could not because of the ongoing proceedings and appeal.
Report a correction or typo
Related topics:
societysan franciscotrialbusinesscourt caselawsuitgardeningcancer
Copyright © 2020 KGO-TV. All Rights Reserved.
RELATED
Jurors in Monsanto case speak out 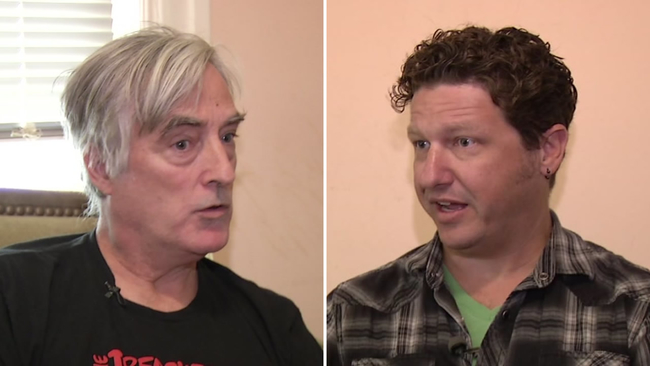