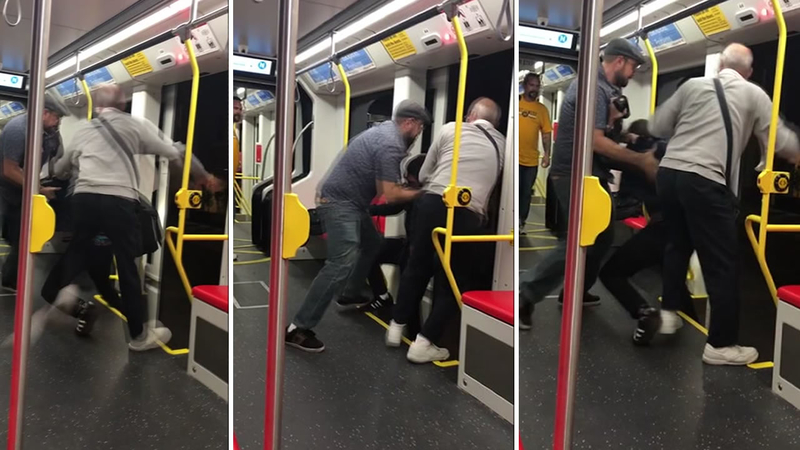 SAN FRANCISCO (KGO) -- People are expressing outrage after two videos of a fight on a Muni train were posted on social media.

Anna Sterling posted the videos on Twitter. She says a friend recorded the video while taking the N line, somewhere between 32nd and 40th Avenue.

The first video shows a man putting another young man in a headlock on the seats of the Muni train. You can hear other passengers telling him to stop and let him go. The man on top tells them to tell him to stop.

The next video shows two men trying to throw that same young man off the train. In the video, someone could be heard saying the young man was playing music.

ABC7 News reached out to San Francisco police for a comment and have yet to hear back.