Day 8 of the New Haven teacher strike began with news from the district.

UNION CITY, Calif. (KGO) -- Thursday began Day 8 of the New Haven teacher strike with news from the district. They appear optimistic and released a statement explaining that they're now in a space to make an agreement with the union.

"The district has said this time and again and I absolutely have no faith in their ability to get this work done," Lisa Duncanson, a science teacher said. "I am completely depending on our school board members. They have the ability to make a change right now."

The teachers' union and the district met Wednesday night until about 2 a.m. and didn't come to an agreement.

"We just need to show some solidarity," Genevieve Garcia, a parent, said. "My kids love their teachers."

The union has already compromised once during the bargaining period. Their call for a 10 percent raise has now dropped down to nearly 7 percent.

"Which kind of goes with the fact finding report," Hamilton Baylon, a school counselor, said. "I think a lot of the struggles that we're having as a community is how come we're not starting with the 3 percent this year and 3 percent next year?"

It seems like almost everyone involved wants the strike to end as soon as possible. The last day of school is June 13, but senior grades are due Monday.

"Ever since the strike started, I've been impacted to the point that it's really stressful," Stephanie Maldonado, a senior, said.

Maldonado is scheduled to graduate in about two weeks and as things stand now, her grades will come from the most recent quarter.

"We see the district has released a statement full of false hope. Again. We will not be so disingenuous. Negotiations are moving at a snail's pace and are truly disappointing. In teacher talk, they are performing far below expectations. There hasn't been enough movement to offer New Haven educators the respect they deserve.

Meanwhile - the enormous support from parents, the community - the messages of encouragement and support from across the country and even from around the world, are heartwarming just as the abject disrespect from our NHUSD managers is heartbreaking.

NHUSD managers - be honest. If you care about students and teachers, follow the lead of Board of Trustees member Cheema and accept the fact-finder's report. Don't simply recognize its existence. The facts are based on your own financials. Use that fact-finding report to end this strike.

We have asked that school board members observe the negotiations. Superintendent Arlando Smith is blocking that request. As educators, we welcome administrators, parents and community members into our classrooms to observe us. We are transparent. What is Arlando Smith hiding?" 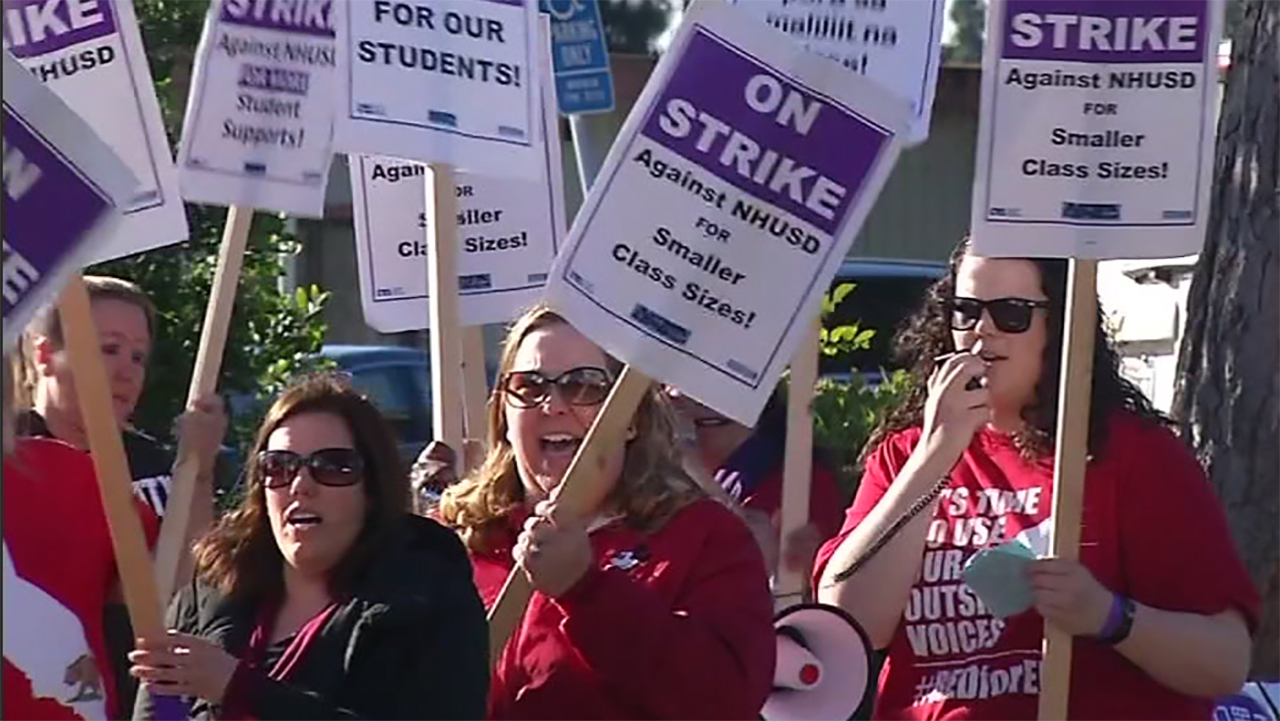