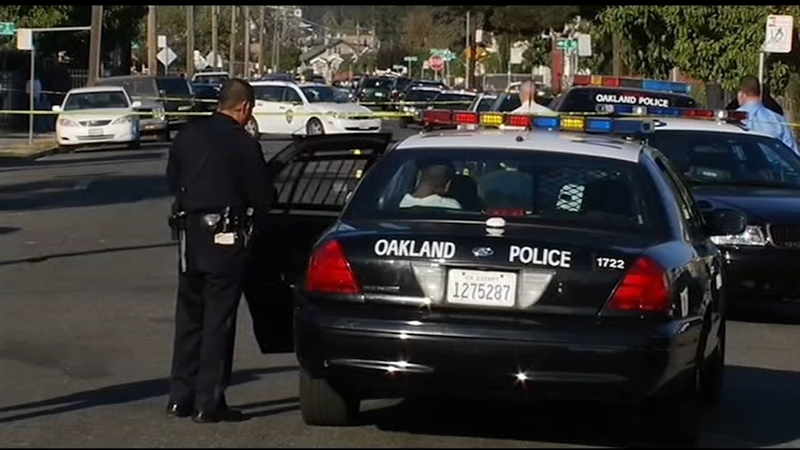 The move will increase Oakland's police force by 60 officers.

Carl Chan is the president of the Oakland Chinatown Chamber of Commerce.

He says while the two academies are a start, he believes the city council should add even more.

"Many of of our seniors and our children are afraid to come out on their own streets, and that is not something that we want to see as a community, as a city," Chan said.

But others, disagree with the need for more officers.

Brooks is the co-founder of the Anti Police-Terror Project.

She says what Oakland needs is not more policing, but more of a focus on preventing the causes of violent crime.

"The intention is to backtrack on the promise of re-imaging public safety," Brooks said.

Ahead of the meeting, Brooks stated, "There's a bloodbath happening in our streets."

"Instead of adequately addressing it, our police chief and our mayor are using it as an opportunity to destroy the promise that was made by unanimous vote of Oakland city Council which is to chart a new path to public safety which is prevention," she said.

But, the surge in violence has heaped pressure on Oakland's leaders in recent months, says ABC7 News insider, Phil Matier.

Several councilmembers are currently running to be the city's next mayor, and Matier says they know they have to address the public's growing concern over the dropping number of officers.

Surveillance video shows two siblings chase and save their mother from getting robbed outside their home in Oakland.

"Recent Chamber of Commerce polls show that a majority now feel having as many or more police than before," he said.

Oakland is on track to have its deadliest year in over a decade in 2021, if current trends continue.

And as Barry Donelan with the Oakland Police Officers' Association, explains, there is another problem.

"The other elephant in the room that no one's talking about is the scale of attrition and officers that are leaving Oakland for jurisdictions and police departments around us. It's a staggering number, we're losing 10 officers a month."

Donelan said there is such a contentious political atmosphere in Oakland that a simple thank you for your service would go along way to retaining officers.

But to some residents, extra police academies are too little too late, as they say Oakland needs resources mobilized on the street right now.

The council will consider a separate proposal which could offer $50,000 bonuses in an attempt to attract experienced officers to OPD on December 21.