Perception of shoplifting in San Francisco throughout the years 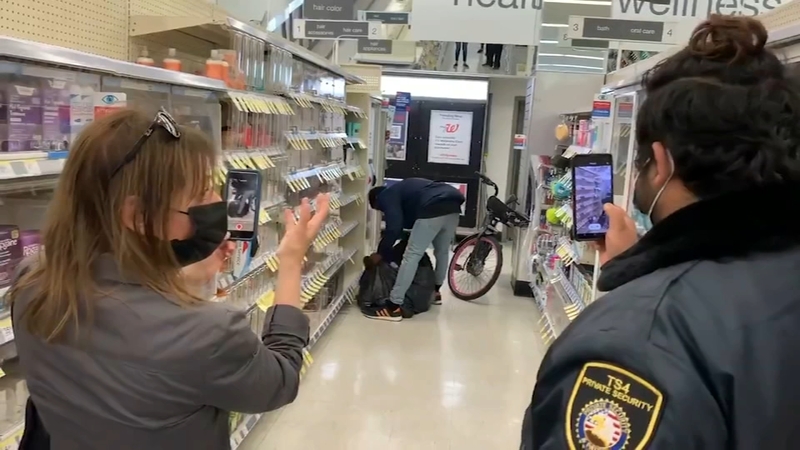 Perception of shoplifting in SF throughout the years

Retail theft has been in the headlines in San Francisco such as this highly publicized theft from a Walgreens last June shot by our own Lyanne Melendez.

The problem is not unique to the city of course, but it does seem to be acute here right now.

Reducing crime and improving safety is part of Building a Better Bay Area, our media partner the San Francisco Standard shares our commitment to highlight this important issue.

"Shoplifting is very much top of mind and public perception in the city right now, due to many viral video videos, like you mentioned, and other reports from media in very vulnerable local businesses and residents," Rogala said.

He said he looked at how the conversation of retail thefts has evolved over time with city officials.

"So it picked my interest because as I mentioned, you know, everything's so top of mind right now, and that's almost the number one thing that people are talking about when they talk about San Francisco is that shoplifting is out of control. Right?" he said.

"But then you talk to or see stats from someone like Chief of Police Bill Scott in his mid report, mid-year crime report last year, that said that larceny is actually down from 2017. So that my interest why if everyone is talking about this giant perception that shoplifting is a crisis, as they may call it. You know, the crime stats are down. So that's the reason why I went into this video."