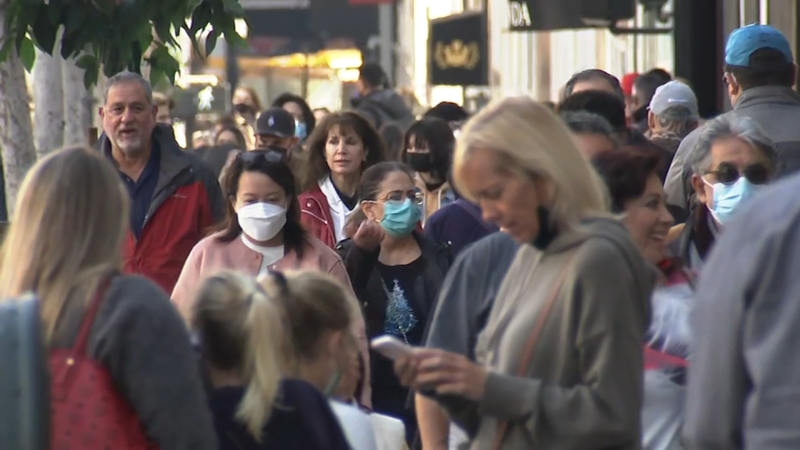 SAN FRANCISCO (KGO) -- It's been two weeks since brazen smash and grab robberies rocked San Francisco's Union Square. The city has launched traffic control measures and stepped up police presence to deter crime in the area but will it be enough to bring holiday shoppers back?

Holiday cheer is returning to San Francisco's Union Square and on this Saturday, so were the crowds.

"It's good to see people out today, I mean, it's really good, it makes me feel like we're into Christmas now," said Lydia Lewis from Oakland.

Lewis and her fiancé Jesse Lynch were taking in the sights but being careful, after those now infamous smash and grab robberies terrorized the square several weeks ago.

"We are being cautious, watching ourselves, I have my purse where i can see it," said Lewis.

Since the robberies, police have made several arrests and increased police presence considerably around the square, including this mobile command center.

The Hollero Family from Daly City came to shop.

"We've been hearing about a lot of cops around the neighborhood and all the stuff so we figured it was safe to bring our kids, plus it's Christmas time," said Glen Hollero.

RELATED: EXCLUSIVE: SFPD Chief says 'there has to be some accountability' on retail thefts

Some luxury stores are open but still boarded up with security guards out front.

At Gump's, the holiday shop was crowded with shoppers.

"I would encourage people to come down, there's a strong police presence, feeling good about what we're seeing, post-event a couple of weeks ago," said Gump's Vice President Marc Capalbo.

The city also giving shoppers incentives to come here with two hours free parking in the Union Square garage. It was full by Saturday afternoon.

Former San Franciscans Gina and Dawn weren't sold and didn't like the vibe.

"There's fewer people a lot of police, not the same feel, boarded up stores," said Dawn Reid from Dallas.

But after nearly two years of pandemic stress, many folks say they need some yuletide cheer.

"We have to move on that's what it is, let's enjoy this season," Hollero said.