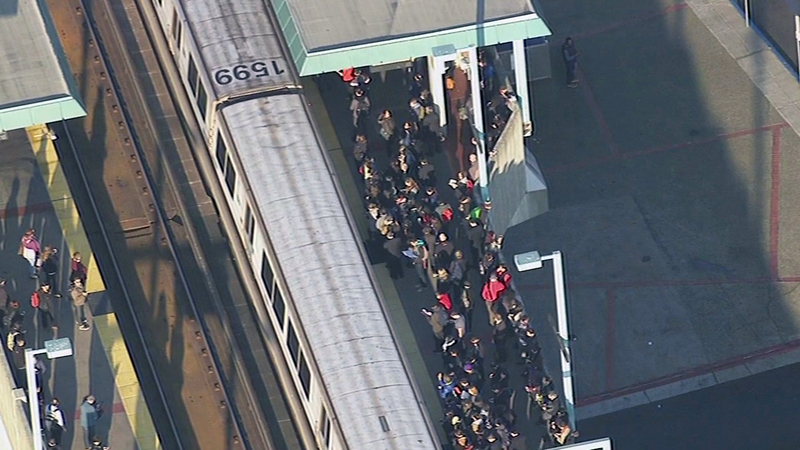 BART reopens after fatality on tracks

SAN FRANCISCO -- The Powell Street BART station in San Francisco has reopened after a male was killed by apparently jumping in front of a train there, BART officials said.

The victim was reported under an East Bay-bound train at about 7:55 a.m. on Wednesday, BART spokeswoman Alicia Trost said.

Trost said witnesses reported seeing the person jump in front of the train. He was pronounced dead in the station.

SFO bound BART train stopped for 10 min at Embarcadero due to single tracking. Riders about an hour late to work pic.twitter.com/O7JJQfbnqR

The fatality closed the Powell Street station and there was limited service between San Francisco and the East Bay. The station reopened as of 9:45 a.m. but major residual delays remained systemwide.

Only San Francisco International Airport-bound trains were headed into the city during the closure. Passengers on other lines had to get off and wait for an SFO-bound train, causing extensive crowding on Oakland
platforms, Trost said.

San Francisco Municipal Railway and Caltrain offered free rides for BART passengers this morning in an effort to alleviate crowding on BART.

The delays across the Bay Area made for some pretty frustrated passengers.

Some BART riders said they waited for up to an hour and a half.