Tsunami advisory is a wake-up call for Bay Area to be prepared for disasters, experts say 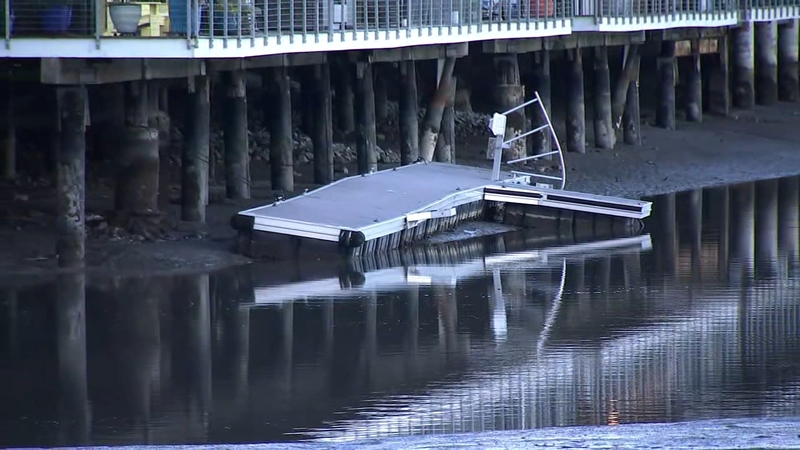 SAN FRANCISCO (KGO) -- The Bay Area is still reacting to Saturday's tsunami advisory which caused a lot of excitement and anxiety. It brought high water and some damage to the region. First responders say the event was a wake up call for all of us to be prepared.

It began with the eruption of an underwater volcano in Tonga, the shockwaves were soon felt in the Bay Area. In Capitola, tsunami waves rushed in.

In Tiburon, the tsunami surge ripped a boat dock from the front of an apartment complex sending boats spinning out of control. Panicked residents ran to safety.

Hours later, the water receded but the damage was done. Neighbors say they never expected it.

At the Berkeley Marina, more than 100 people were evacuated from their boats as a precaution.

"I got a message on my phone, I signed up for those alerts," said resident Diane Walton.

Thousands of people around the Bay Area received those alerts about the tsunami advisory. First responders say it helped notify the public of possible danger. Police and fire crews worked to evacuate local beaches.

"This is why pre-planning is so essential and making sure that you and your family can get out of a disaster zone safely," said SFFD Lieutenant Jonathan Baxter.

Last summer, California State Geologists released updated hazard maps, showing where 'worst case scenario' flooding from a major tsunami could impact the Bay Area. In the East Bay, the surge could reach parts of West Oakland and Lake Merritt. In San Francisco, parts of North Beach and the Financial District could be impacted.

An undersea volcano erupted in near the Pacific nation of Tonga, sending tsunami waves crashing across the San Francisco Bay Area coast.

"Especially in the Bay Area, tsunami heights may not be that large but there's a potential for a tsunami to knock people down and injure them," said Rick Wilson from California Geological Survey.

Experts say during a tsunami emergency move to higher ground immediately. Get to know evacuation routes if your community has them, and have a family plan, where to meet if you get separated.