610 days after 84-year-old Thai grandfather was murdered, SF street renamed in his honor

More than 600 days after the killing of an 84-year-old Thai grandfather in SF, a street in his neighborhood was renamed "Vicha Ratanapakdee Way."

SAN FRANCISCO (KGO) -- More than 600 days after the brutal killing of an 84-year-old Thai grandfather in San Francisco, that many believe sparked the movement to stop the attacks on Asian Americans, a street in his neighborhood has been renamed "Vicha Ratanapakdee Way."

A number of celebrities, politicians, activists and community members attended Saturday's ceremony. It was a symbol of how much progress has been made and the work yet ahead.

The sounds of celebration heard in the Anza Vista neighborhood were quite a contrast to what happened on these streets on Jan. 28 2021.

Actor Daniel Dae Kim said he remembered it like it was yesterday.

VIDEO: SF street to be renamed for Thai man killed in horrific 2021 attack

"A video showed up in my social media feed of a brutal attack on an Asian man in broad daylight," Kim said

Video was first broken by ABC7 News anchor Dion Lim. It showed Ratanapakdee being senselessly shoved to the ground and killed.

The crime left his daughter, Monthanus, heartbroken and caused an uproar.

"Monthanus grieved and immediately turned their tragedy into mission. To give voice to so many voiceless in our community," said Will Lex Ham, an activist who held demonstrations regularly after Ratanapakdee's slaying.

ABC7 News has followed Monthanus as her grief transformed into action. Her voice was lent to numerous rallies -- not just in the Bay Area -- but nationwide.

It inspired non-profit groups to speak out and take a stand against crimes targeting Asian Americans. Civilians banded together to raise money for safety equipment, such as whistles and air horns.

Legal groups called for change in how hate crimes are categorized and calling to action the need for victims to be properly communicated with.

As crowd gathered Saturday in the San Francisco neighborhood where Vicha took his morning walks, Thai monks chanted and the audience cheered. Sonora Lane became Vicha Ratapakdee Way with the flick of a wrist and was unveiled for all.

It's a small reminder of the triumph. A symbol of the work done so far, and the long road ahead in stopping AAPI hate.

Monthanus Ratanapakdee took to the podium and summed it up best: "No one deserves to live in fear, not other Asian people. Today, I see the young generation and I'm so proud to see young people standing among us, and I see your courage. We must all work together to stop Asian hate. Father, I miss you every day."

The suspect in Vicha's death, according to the San Francisco DA's office is awaiting a pre-trial conference set for next week. 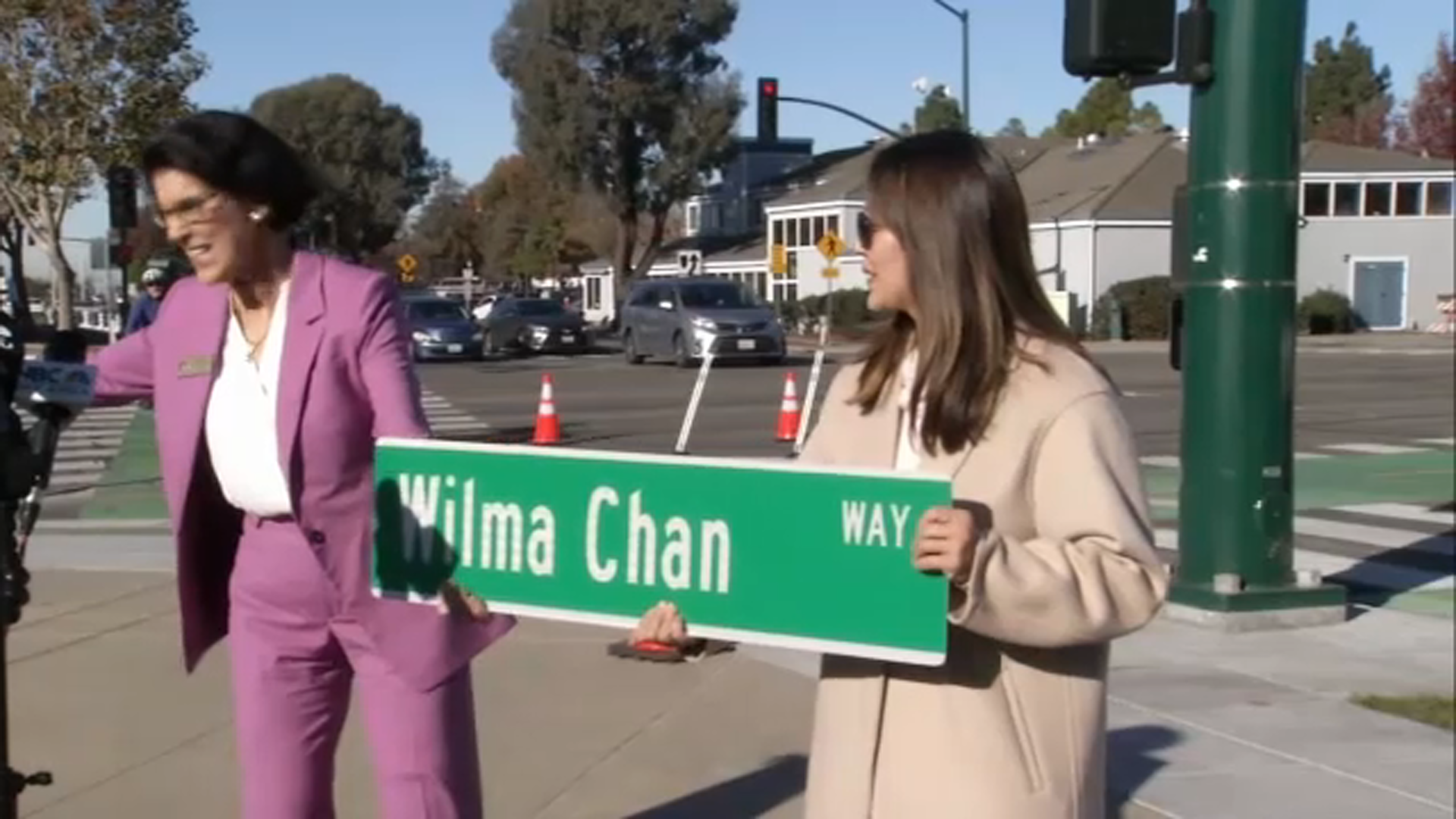