KFSN
GROVE CITY, Ohio -- A strange acting college linebacker showed up to a business in Ohio and wouldn't leave.

Police officers were called to the parking lot on Monday, but Michael Harris wouldn't calm down and was heard telling officers to take him to jail over and over again.

When he ran to get back inside his car, officers tried to hold him back, but the 6'3", 240-pound college football player had no trouble stopping them.

He lifted an officer above his head and then took him down to the ground.

It took three officers to get him in the back of the cruiser, where he continued to lose control.

Police found pills inside Harris' car, but they have not identified them yet. The officers involved in his arrest were not injured.

Harris faces several charges, including assault on a police officer.

According to a football roster at Eastern Kentucky University, Harris is on the football team there after transferring from Auburn University in Alabama.
Report a correction or typo
Related topics:
ohiopolice officercollege football
Copyright © 2021 KFSN-TV. All Rights Reserved.
POLICE OFFICER

'Kill him with his own gun': Police describe facing the mob at the Capitol 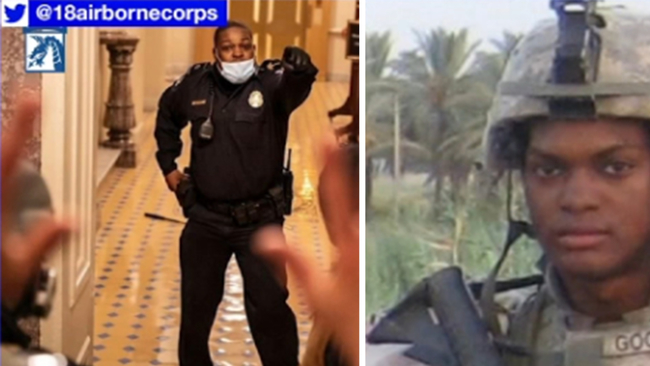