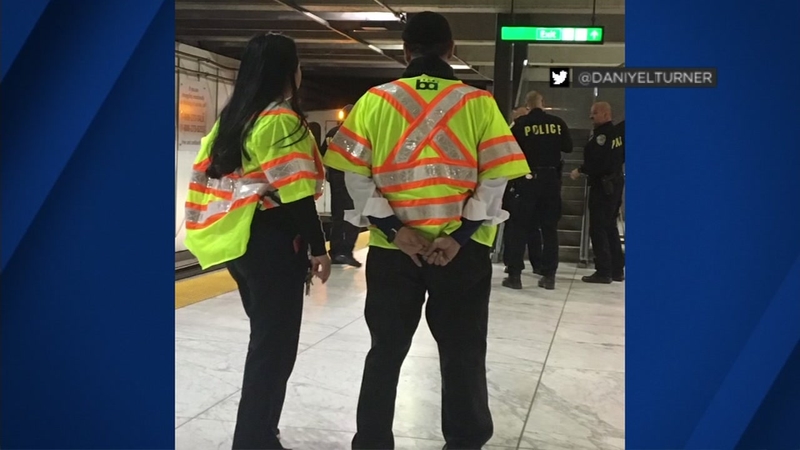 SAN FRANCISCO -- BART police have taken a person into custody who ran into the Transbay Tube from Embarcadero Station earlier Thursday, causing major delays for BART riders throughout the Bay Area.

BART officials first learned of the person entering the tunnel underneath the San Francisco Bay shortly after 6:30 p.m., according to spokesman Chris Filippi.

The trespasser caused major delays of more than 20 minutes systemwide while police searched the tube for him. Trains continued to run through the tunnel but were moving at very slow speeds on manual control.