Get ready for seven Broadway musicals coming to the SHN Orpheum and Golden Gate Theatres for the 2017-2018 SHN Season.

SAN FRANCISCO (KGO) -- Get ready for seven Broadway musicals coming to the SHN Orpheum and Golden Gate Theatres for the 2017-2018 SHN Season.

The 2017-2018 season is currently available for renewing members only through their SHN account at shnsf.com or by calling SHN Audience Services at 888-746-1799 (Press 2). Renewal invoices are currently being mailed. Click here for information on membership.

From the director of Aladdin and co-director of The Book of Mormon and the producer of Rent, Avenue Q and In the Heights, this hilarious new musical comedy tells the story of brothers Nick and Nigel Bottom, two playwrights stuck in the shadow of that Renaissance rockstar Will Shakespeare. When a soothsayer foretells the next big thing in theatre involves singing, dancing and acting at the same time, the Bottom brothers set out to write the world's very first MUSICAL! With the most singing, the most dancing and the most gut-busting laughs on Broadway, it's something wonderful... something for everyone... It's Something Rotten!, "the funniest musical comedy in at least 400 years" (Time Out New York)!

With its heart on its ruffled sleeve and sequins in its soul, Something Rotten! is an uproarious dose of pure Broadway fun and an irresistible ode to musicals - those dazzling creations that entertain us, inspire us, and remind us that everything's better with an exclamation point!

AN AMERICAN IN PARIS is the new Tony Award-winning musical about an American soldier, a mysterious French girl, and an indomitable European city, each yearning for a new beginning in the aftermath of war.

Acclaimed director/choreographer and 2015 Tony Award-winner Christopher Wheeldon brings the magic and romance of Paris into perfect harmony with unforgettable songs from George and Ira Gershwin in the show that earned more awards than any other musical in the 2015 season!

The New York Times raves, "AN AMERICAN IN PARIS is a triumph! Pure joy!" and the Wall Street Journal declares, "Once you've seen it, you'll find it hard to settle for less ever again." Don't miss this stunning Broadway hit when it arrives in San Francisco on its first national tour! Click here for more information.

From the producer of The Lion King comes the timeless story of Aladdin, a thrilling new production filled with unforgettable beauty, magic, comedy and breathtaking spectacle. It's an extraordinary theatrical event where one lamp and three wishes make the possibilities infinite.

Hailed by USA Today as "Pure Genie-Us," ALADDIN features all your favorite songs from the film as well as new music written by Tony and Academy Award winner Alan Menken (Newsies) with lyrics penned by the legendary Howard Ashman (Beauty and the Beast), Tony Award winner Tim Rice (The Lion King, Aida), and book writer Chad Beguelin (The Wedding Singer).

THE COLOR PURPLE is the 2016 Tony Award winner for Best Musical Revival! Hailed as "a direct hit to the heart" (The Hollywood Reporter), this joyous American classic has conquered Broadway in an all-new "ravishingly reconceived production that is a glory to behold" (The New York Times) directed by Tony winner John Doyle.

With a soul-raising score of jazz, gospel, ragtime and blues, THE COLOR PURPLE gives an exhilarating new spirit to this Pulitzer Prize-winning story.

Don't miss this stunning re-imagining of an epic story about a young woman's journey to love and triumph in the American South. It's the musical sensation that New York Magazine calls "one of the greatest revivals ever." Experience the exhilarating power of this Tony-winning triumph! Click here for more information.

Based On The Hit Movie with Music by Andrew Lloyd WebberSCHOOL OF ROCKSHN Orpheum TheatreJune 27-July 22, 2018

SCHOOL OF ROCK is a New York Times Critics' Pick and "AN INSPIRING JOLT OF ENERGY, JOY AND MAD SKILLZ!" (Entertainment Weekly). Based on the smash 2003 hit film of the same title, this hilarious new musical follows Dewey Finn, a wannabe rock star posing as a substitute teacher who turns a class of straight-A students into a guitar-shredding, bass-slapping, mind-blowing rock band. This high-octane smash features 14 new songs from ANDREW LLOYD WEBBER and lyricist Gleen Slater, and a book by Julian Fellowes with direction by Laurence Connor. In addition to all the original songs from the movie, get ready for musical theater's first-ever kids rock band playing their instruments live on stage. Vanity Fair raves, "FISTS OF ALL AGES SHALL BE PUMPING!" Click here for more information.

Based on the Life and Music of 26-time GRAMMY Award-Winning Music IconsEMILIO & GLORIA ESTEFANON YOUR FEET!SHN Golden Gate TheatreSeptember 11-October 7, 2018

From their humble beginnings in Cuba, Emilio and Gloria Estefan came to America and broke through all barriers to become a crossover sensation at the very top of the pop music world. But just when they thought they had it all, they almost lost everything.

From international superstardom to life-threatening tragedy, ON YOUR FEET! takes you behind the music and inside the real story of this record-making and groundbreaking couple who, in the face of adversity, found a way to end up on their feet.

Directed by two-time Tony Award winner Jerry Mitchell (Kinky Boots), with choreography by Olivier Award winner Sergio Trujillo (Jersey Boys) and an original book by Academy Award winner Alexander Dinelaris (Birdman), ON YOUR FEET! features some of the most iconic songs of the past quarter-century - and one of the most inspiring stories in music history. Click here for more information.

Inspired by Adrienne Shelly's beloved film, WAITRESS tells the story of Jenna - a waitress and expert pie maker, Jenna dreams of a way out of her small town and loveless marriage. A baking contest in a nearby county and the town's new doctor may offer her a chance at a fresh start, while her fellow waitresses offer their own recipes for happiness. But Jenna must summon the strength and courage to rebuild her own life.

"WAITRESS is a little slice of heaven!" says Entertainment Weekly and "a monumental contribution to Broadway!" according to Marie Claire. Don't miss this uplifting musical celebrating friendship, motherhood, and the magic of a well-made pie. Click here for more information.

The New York Times calls it "the best musical of this century." The Washington Post says, "It is the kind of evening that restores your faith in musicals." And Entertainment Weekly says, "Grade A: the funniest musical of all time." Jimmy Fallon of The Tonight Show calls it "Genius. Brilliant. Phenomenal." It's The Book of Mormon, the nine-time Tony Award-winning Best Musical.

This outrageous musical comedy follows the misadventures of a mismatched pair of missionaries, sent halfway across the world to spread the Good Word. Now with standing room only productions in London, on Broadway, and across North America, THE BOOK OF MORMON has truly become an international sensation. Contains explicit language. Click here for more information. 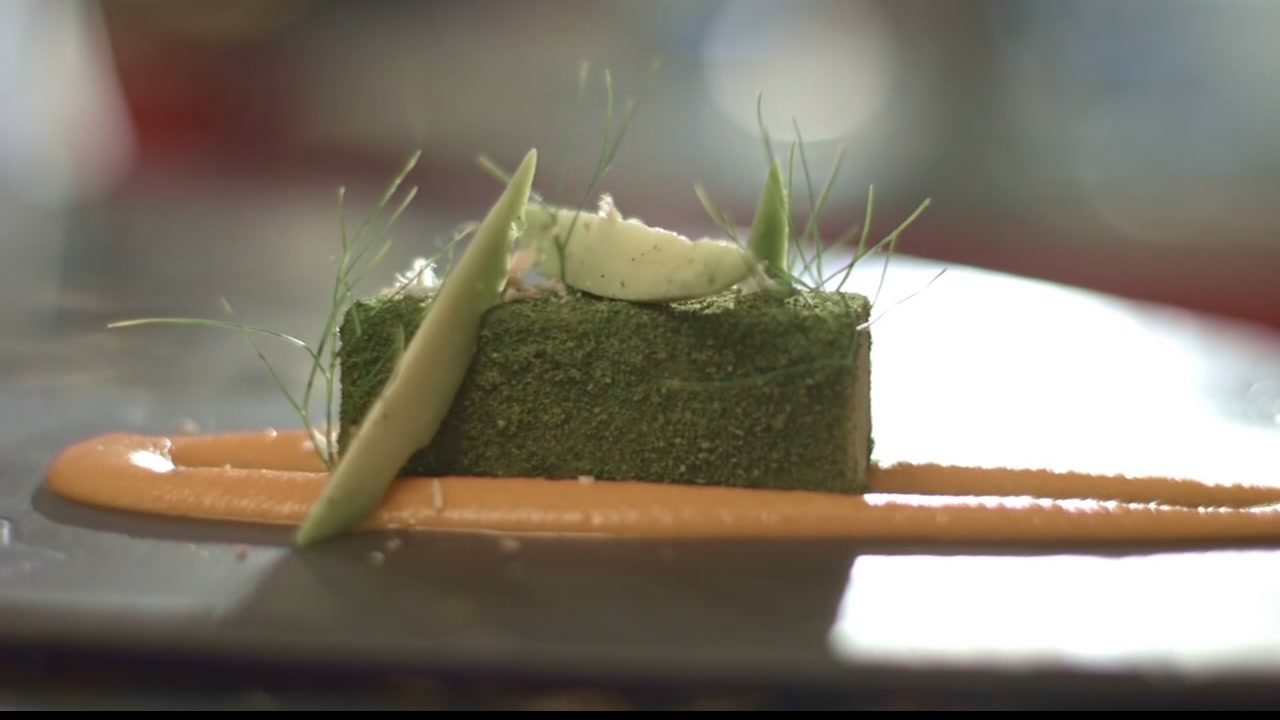 Bay Area LIFE: Get Outta Town and immerse yourself into a culinary adventure in the Yucatan 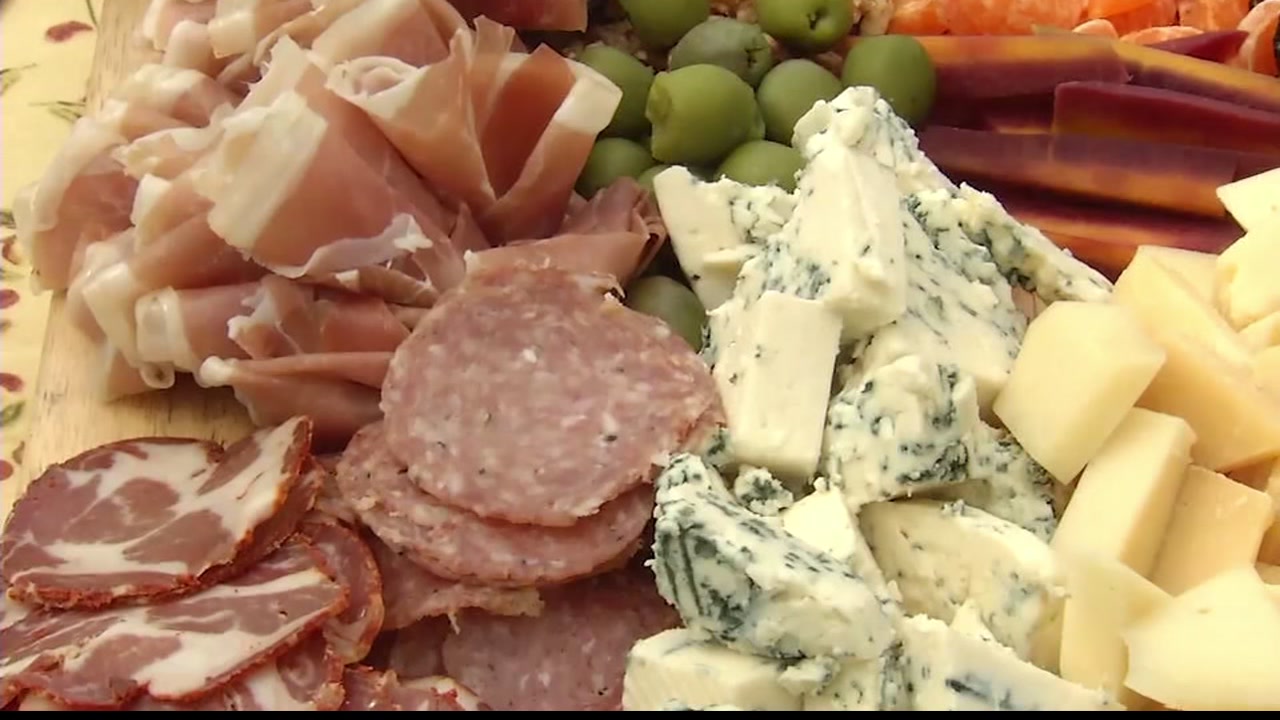 Bay Area LIFE: Master an easy appetizer by making a cheese and charcuterie board 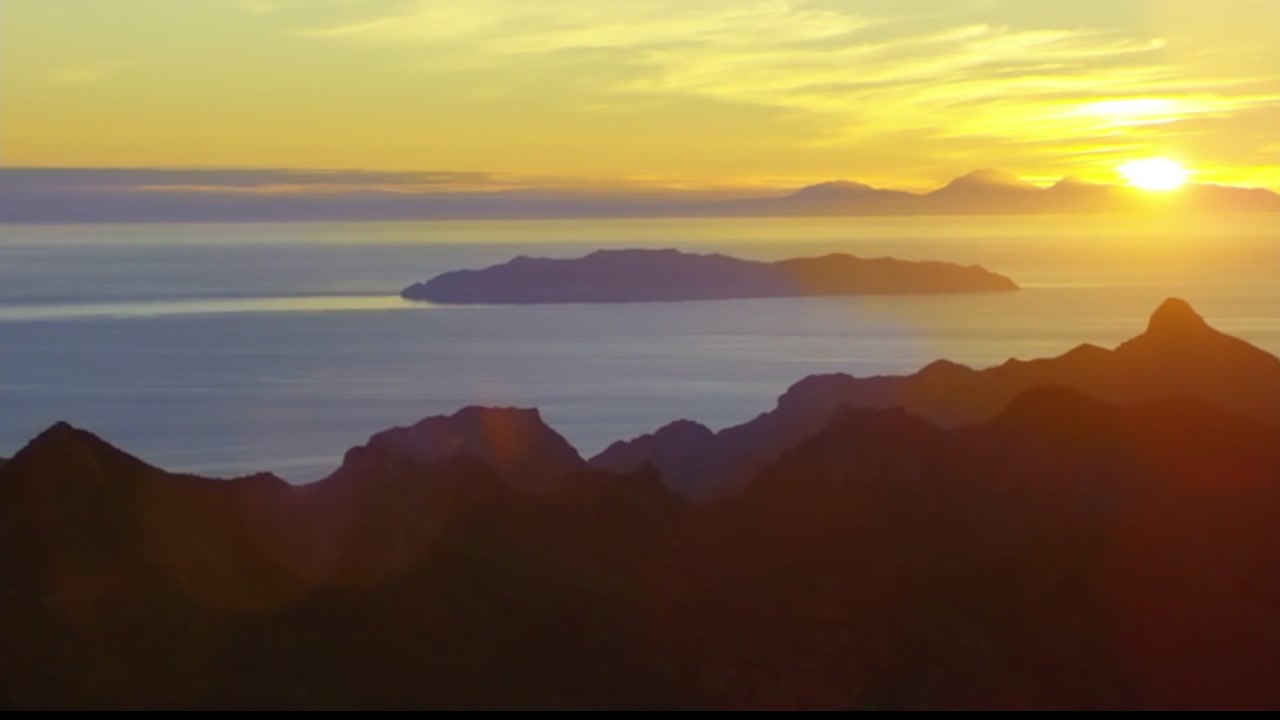 Bay Area LIFE: Get outta town with a trip to Mexico 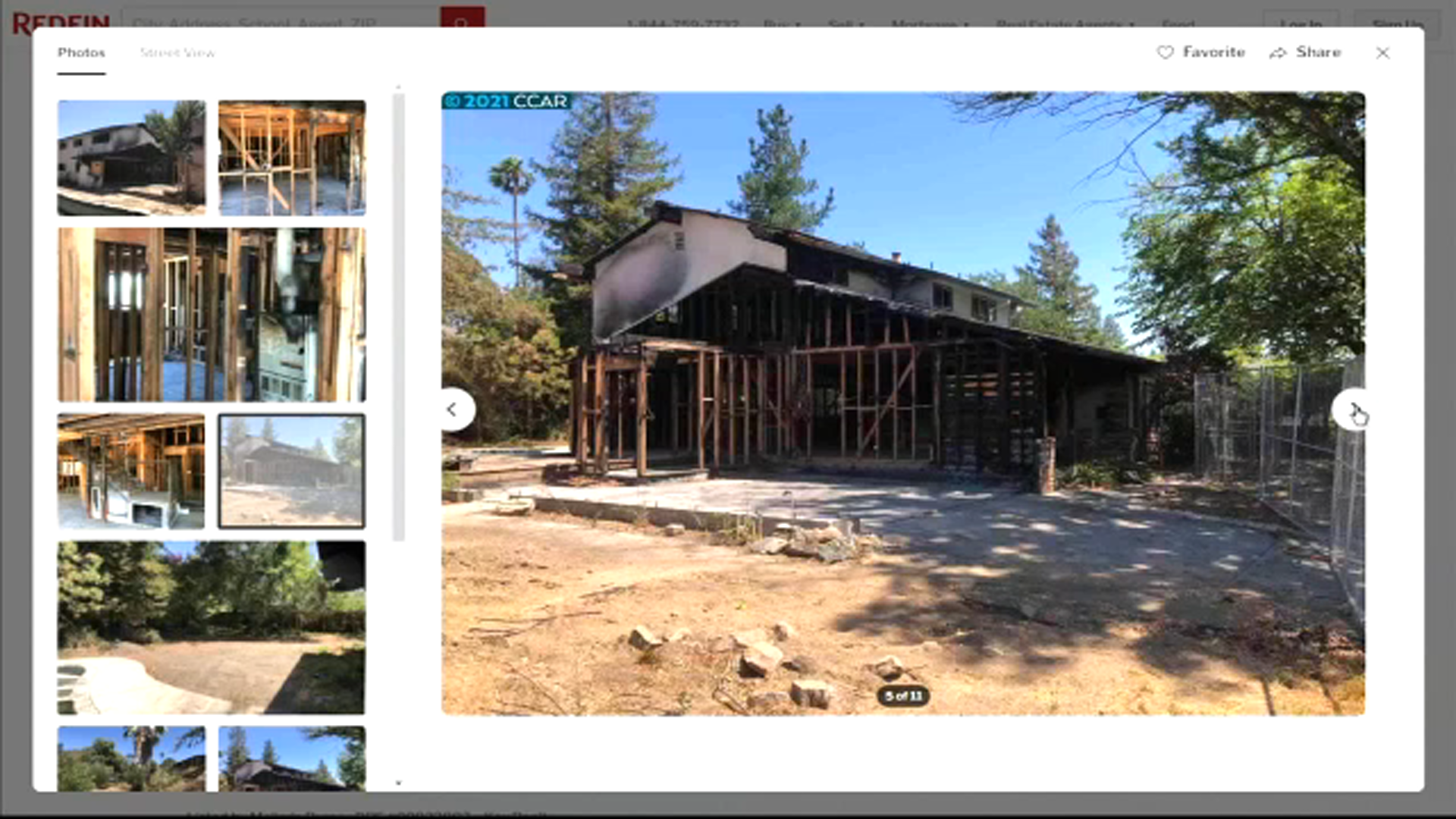 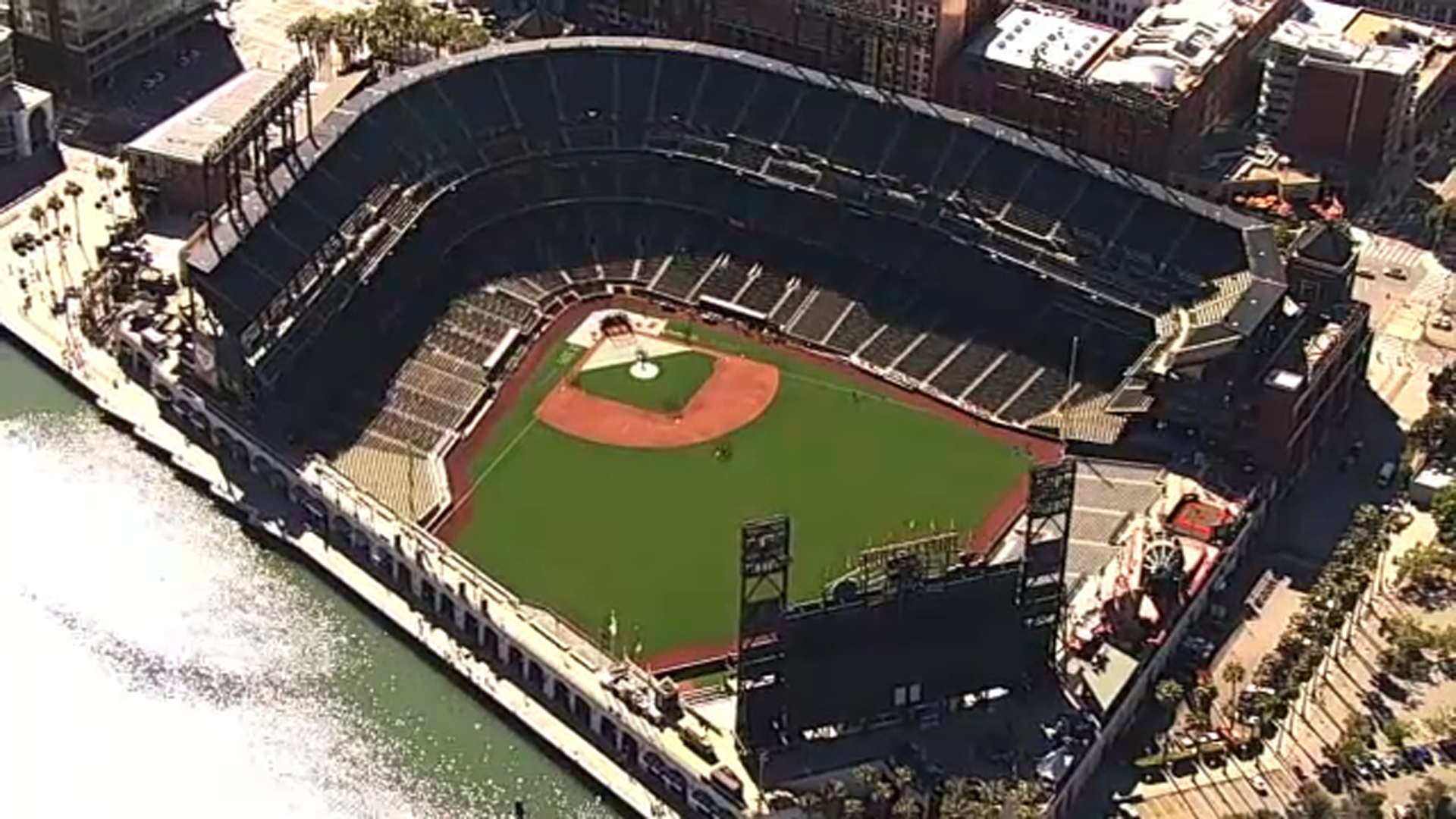 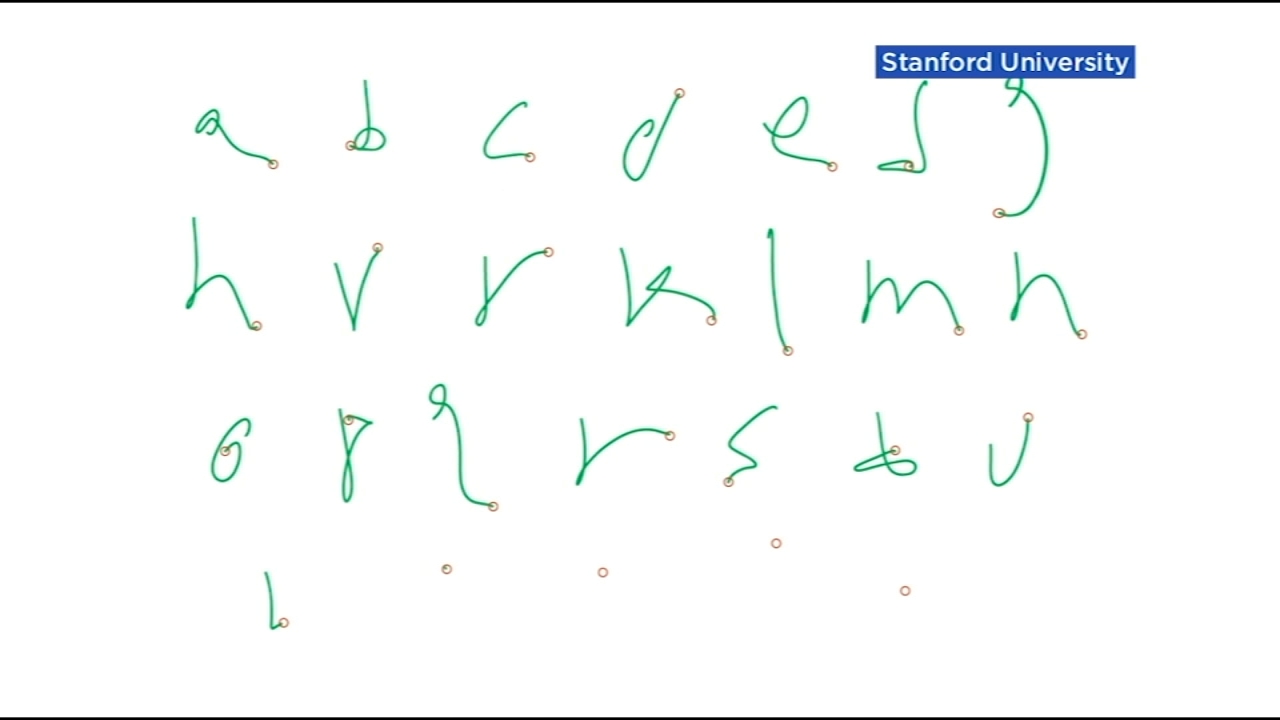 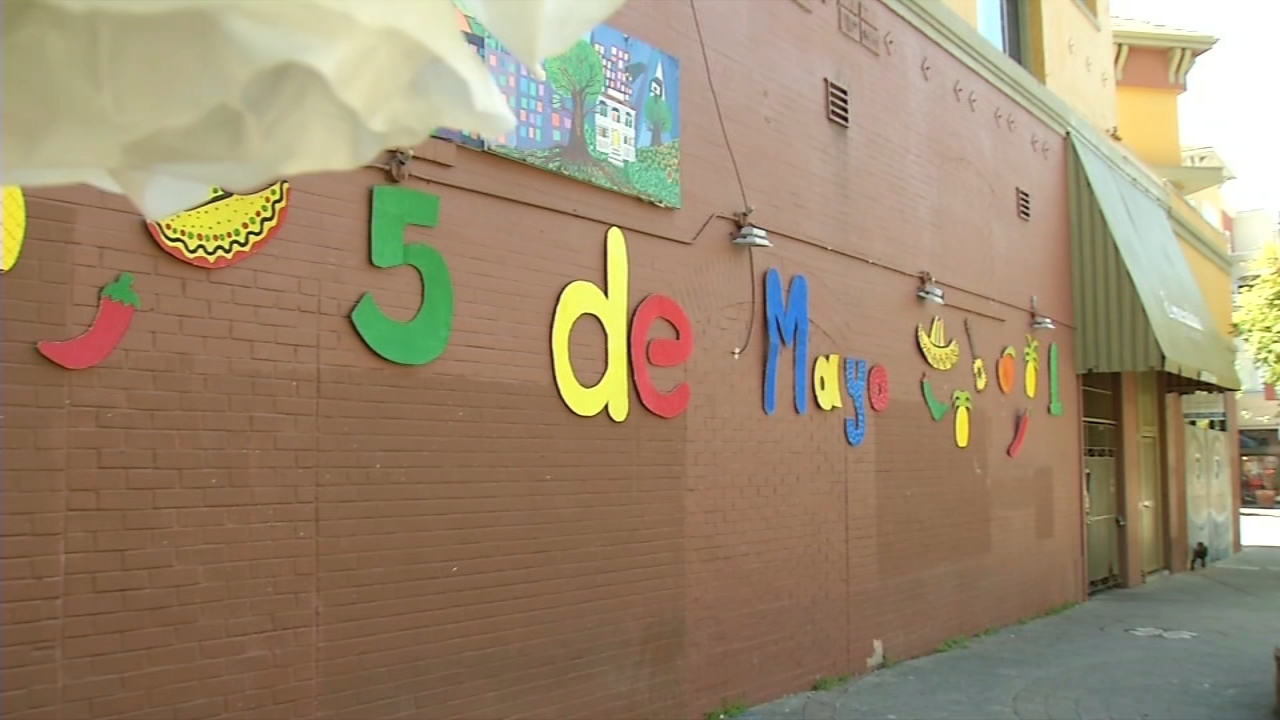