For some, San Francisco's Fisherman's Wharf has become a wild west.

"It's kind of a free for all," said Taylor Safford, president and CEO of Pier 39.

RELATED: New law makes it easier for sidewalk vendors to operate in California

Illegal vendors line the Wharf, a popular tourist destination selling food and drinks, sometimes alcohol and often without a permit.

ABC7 News showed video to the San Francisco Fire Department that confirms there appears to have been an explosion. A fire department spokesperson says it was likely caused by a butane burner though that is still under investigation.

"This vendor and the patrons that were coming up to this vendor's booth are extremely lucky that there were no injuries," said Jon Baxter.

"As soon as it exploded, all the other food carts left," said Randall Scott of Fisherman's Wharf Community Benefit District. "They disappeared. It's a big problem."

"These people come and set up shop and are able to sell without having any of the things a business is supposed to have," said Bob Partrite, chief operating officer of Simco Restaurants.

"You have to have a level playing field in terms of health and safety. You can't let the bar fall to the floor on that issue," said Safford.

San Francisco Supervisor Aaron Peskin says legislation authored by his office and unanimously approved by the Board of Supervisors this week better regulates unpermitted vending. He says it was designed to address exactly the types of concerns that resulted in yesterday's incident.

In an emailed statement to ABC7 News Supervisor Peskin writes, "The legislations preserves opportunities for entrepreneurial street vendors, while holding all parties to much higher public health and safety standards."

The legislation will create a permit system for street vendors, establish health and safety standards and allow the Port to establish safe vending zones.

It can't come soon enough for the Wharf's Executive Director or for safety officials.

"We look forward to working with the vendors in a legal, permitted safe fashion," said Randall Scott.

The San Francisco Fire Department says even if they were to walk around the wharf looking for violations, if a vendor mitigates the risk in front of them, say by turning off a butane burner, they can't issue a citation.

"The easiest route for us at this time is if we get a citizen or community complaint for a specific incident that gives us a little bit more fuel to go out and actually enforce these at this time," said Baxter.

Efforts to ensure the safety and vibrancy of Fisherman's Wharf as a destination. 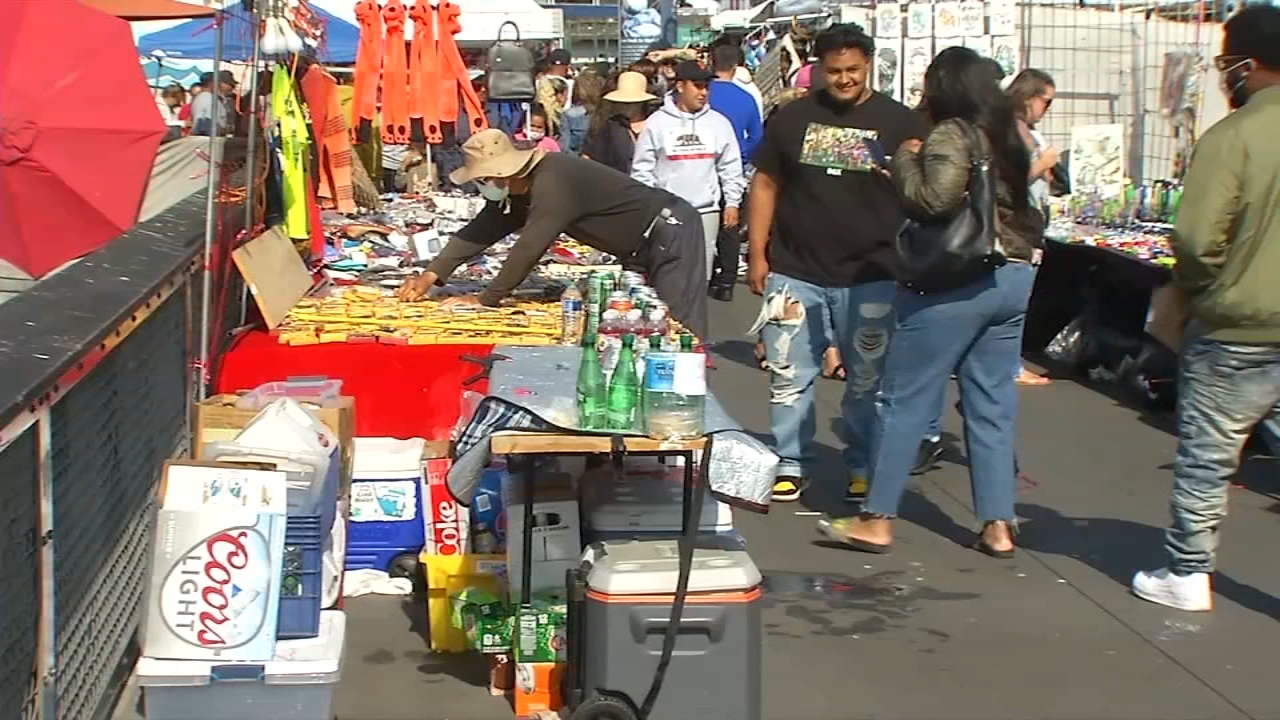 San Francisco cracking down on illegal vendors at Fisherman's Wharf

Here's how effective SF's street vending permit enforcement has been