The Russians stayed for 30 years, selling the fort to gold rush tycoon John Sutter. Now some Russian lawmakers want it back.
KGO
By Cornell Barnard 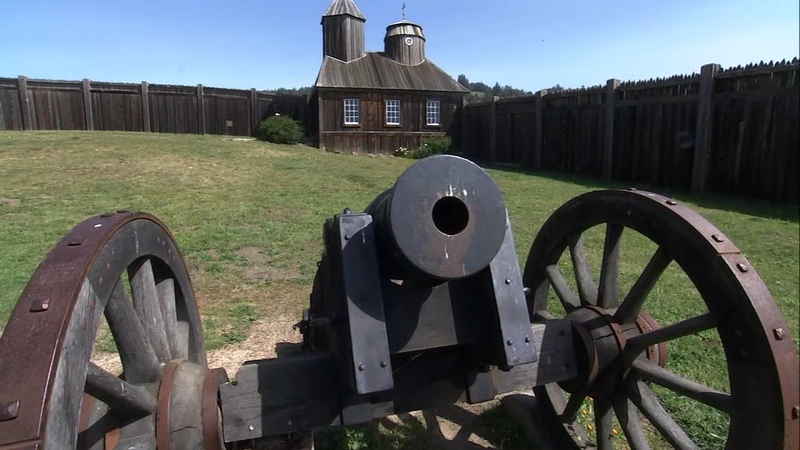 SONOMA COUNTY, Calif. (KGO) -- Russia's ongoing war in Ukraine is highlighting a part of the Bay Area once settled and occupied by Russian colonists in the 1880s.

Fort Ross on the Sonoma Coast is now a California State Park but tensions over U.S. sanctions are prompting some Russian lawmakers to reclaim the fort.

Fort Ross is an amazing place on 3,000 acres. There are stunning views of the Pacific just off Highway 1.

And then there's the rich history, reminding visitors a lot was happening in Northern California before the Gold Rush.

Most people don't even know there were Russians in California in the 19th Century," said Fort Ross Conservancy CEO Sarah Sweedler.

"The Russian River, they named it for a reason," said Rick Gonzalez from Sacramento.

Russian traders settled Fort Ross in 1812. Their influence is everywhere, from the chapel architecture to the flag and interactive field trips for school kids where everyone plays a part, even teachers.

"I am playing the commander of Fort Ross, he was in charge of running this outpost colony," said San Francisco teacher Christine Armstrong.

The Russians stayed for 30 years, selling the fort to gold rush tycoon John Sutter in 1841. Now some Russian lawmakers want it back.

Last week, a high-ranking member of the Russian Parliament suggested that his country should reclaim American territories like Fort Ross as payback for U.S. sanctions.

It prompted a quick response from Sweedler.

"It reminded me that America does not have a monopoly on crazy politicians. It's not even worth talking specifics, it's just noise," she said.

Visitors had their own take.

"It's on U.S. soil so come and get it, good luck with that," said Gonzalez.

"That's like saying let's get Alaska, they sold it to us it's ours now, sorry," Armstrong added.

Fort Ross became a state park in 1906. It's played host to Russian festivals and a meeting with former Governor Jerry Brown and the Russian ambassador in 2018.

The conservancy says in years past, less than 10% of donations have come from Russian companies. But due to sanctions they are no longer working with those companies. Fort Ross remains a part of California.

"Unless the pelt industry comes back, there's no reason for Russia to take Fort Ross back, said Chad McComber from Napa.