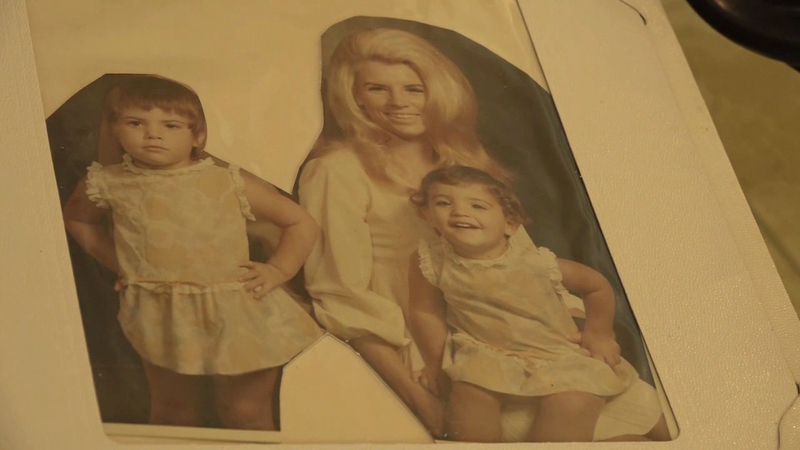 JACKSONVILLE, Fla. -- Mother's Day is a particularly difficult holiday for a former southern Irvine mom because 32 years ago, she said her daughter was murdered by the "Golden State Killer."

"First of all, my daughter must have been a very brave girl at that moment, and she probably fought him off, but I left for vacation and gave her a kiss goodbye," said Diane Stein.

That was the first time Stein left her daughter home alone overnight, and it was the last time she ever saw her.

"This is one of the situations when they call you in the middle of the night and give you the news that your daughter has just been murdered," Stein shared.

The former police officer accused of being the Golden State Killer is now facing four more counts of murders in Southern California.

She was in Mexico with other family when the call came in.

Janelle Cruz was her first-born, just 18 years old at the time.

FULL INTERVIEW: Inside the hunt for the 'Golden State Killer' with investigator Paul Holes (1 of 12)

Stein can remember strange phone calls in the weeks before the murder.

"We thought he did it in a child's voice, some kid just fooling around, and he would say, 'I'm going to kill you,' in a low but almost childish voice on the phone," Stein recalled.

Now, decades later, with phone records from other victims, investigators believe it was the "Golden State Killer."

TIMELINE: A look back at the Golden State Killer's crime spree that lasted a decade
EMBED More News Videos

"He got in through my slider...she had just called a friend and heard a noise," Stein said.

Cruz was found by their realtor the next night. Officers said she was bludgeoned to death in the Irvine home.

"When he walked in with somebody to show the house, he found her on the bed dead," Stein said.

After 40 years on the run, Joseph DeAngelo was arrested.

"I'd like to ask him, 'Why did he pick my house?'...I guess this is all mothers' idea of sadness," Stein said. "She still lives. She still lives on in the story."

DeAngelo, the man accused of being the "Golden State Killer," remains in Sacramento jail.