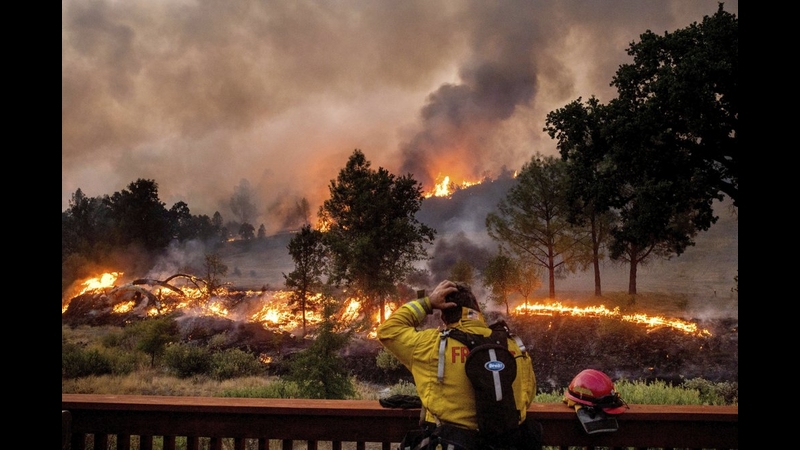 CAL FIRE Lake-Napa Unit spokesman Scott Ross said they didn't think they would have an aircraft earlier in the week, but now that the state has told them they are a priority, they have been given permission to use air resources.

Ross said even though Santa Rosa Air Attack has two tankers, they have to be given permission to use them.

Mayor of Windsor Dominic Foppoli met up with other city leaders of Healdsburg Friday evening to discuss the latest on the fire.

"We're not going to have anywhere near the same issues we unfortunately had to deal with last year," he said. "Fortunately or unfortunately we have a lot of experience with this now. We've gone through it, so our two cities have never been as prepared as we are right now to face something like this."

Foppoli spent four hours at the Walbridge fire and saw the relentless efforts of firefighters.

"90 hours on straight, they're sleeping on top of their vehicles," he said. "They're doing so much right now but it's working, it's effective. I saw firsthand the bulldozer lines and the back fires they created. So we have a huge defensive line between our cities."

The firefight increased on the Dry Creek Valley side. But officials say there was a whole lot less smoke in the air and a lot less radio traffic about extreme fire behavior.

Fire officials said the rate of spread is significantly less than Thursday, but the main concern is changing weather conditions.