"Based on the felony charges we brought for most of the individuals involved, it will be 12 to 19 years in prison," Bonta said.
KGO
By Tara Campbell 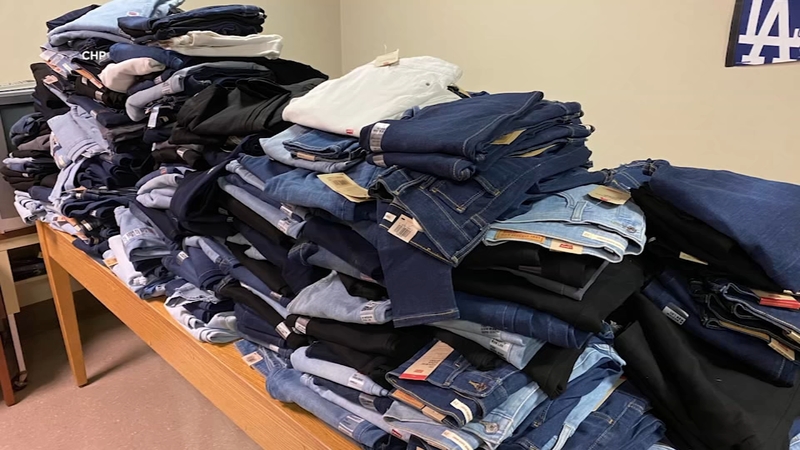 "This was a very sophisticated organized operation involving multiple individuals, involving multiple counties throughout the state and going out of state as well and selling products overseas," said Bonta, referring to the arrests of eight suspects Monday in Los Angeles County.

"Macy's, Columbia Sportswear, Ambercrombie & Fitch, JCPenney, Lululemon in multiple counties from our southern counties to central and even northern, so this was a major operation," said Bonta, including Alameda, San Mateo, and Santa Clara counties.

New security measures are in place in one East Bay city, a day after a brazen crime which can only be described as a flash mob robbery.

"Retailers are starting to track their product and they'll turn that information over so the task force can follow it and make that arrest," said Rachel Michelin, President, California Retailers Association. "You're seeing more and more retailers hire security guards - armed security guards and it's taking away from that shopping experience," she said, adding every arrest matters. "Any time we make arrests it makes a little bit of a dent."

"Based on the felony charges we brought for most of the individuals involved, it will be 12 to 19 years in prison."

And Michelin said the arrests come at a critical time. She's worried as more consumers are starting to take matters into their own hands.

"And that's what's really scary," said Michelin. "Is that if we start seeing this vigilante justice out there because people are getting fed up with witnessing this retail theft over and over again, we're going to have a whole other set of problems."