PG&E Outage: A look back at utility company's history of blackouts 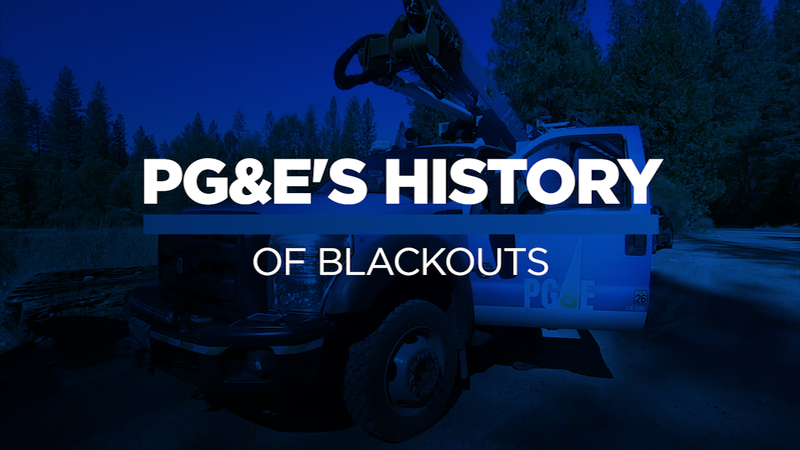 SAN FRANCISCO (KGO) -- PG&E has had its share of massive blackouts since the state deregulated utilities in 1996. Some have been planned, others have not.

In June, 2000, PG&E experienced rolling blackouts caused by deregulation of the energy industry. It left 97,000 customers without power in the Bay Area.

In Jan. 2001, then Gov. Gray Davis declared a state of emergency when blackouts caused by the energy crisis left several hundred thousand customers without power.

RELATED: Power shutoff food safety: Save it, or throw it out?

The massive wildfires of 2017 and 2018 left PG&E accused of sparking the blazes, and fearful of starting future fires. They turned off the power to 60,000 customers in October 2018.

The move was successful enough that the company included a plan to proactively turn off power in their court mandated mitigation plan.

The plan was tested for the first time in June 2019, when PG&E shut off power to 5 counties totaling 20,500 customers.

In Oct. 2019, the biggest test of the new procedure, and of customer patience. Faced with high winds, low humidity, and high temperatures, the utility pulled the plug on 800,000 customers.