There was an incredibly dramatic moment in a Rome courtroom on Wednesday as Bay Area suspects Finn Elder and Gabriel Natale came face-to-face with the widow and brother of Italian Carabinieri Deputy Brigadier Mario Cerciello Rega.

Two Bay Area college students accused of killing an Italian police officer came face-to-face with his widow and his brother.

The trial for the two young men began seven months to the day since the officer died. This was just the first day of the trial, where they plan how it will go and set a schedule. But those in the room tell the I-Team's Dan Noyes that it was incredibly tense and emotional.

The courtroom was packed, much anticipation built up in the seven months since Italian Deputy Brigadier Mario Cerciello Rega was stabbed to death by Finnegan Elder of San Francisco; he was 19 at the time and claims self-defense. Monday, his parents were among the first to arrive, along with Officer Cerciello Rega's widow and his brother. They saw Finn Elder face-to-face for the first time, and the other defendant, Gabriel Natale Hjorth of Marin County.

Reporter Helen Viola of RAI, Italian State Television, and Radio, was there in the room. "Finnegan asked not to be filmed, while Gabriel said it was okay, he didn't mind, which was, you know, they were tense when they got into the courtroom

The judge read the charges: aggravated murder and attempted extortion. The prosecution and defense announced plans to call more than a hundred witnesses.

Finn Elder's attorney, Renato Borzone, told reporters he would no longer comment about the case: "The time for statements is finished. Now we must face the trial with as much serenity as possible."

For the ABC7 Originals documentary "32 Seconds: A Deadly Night in Rome", Finn Elder's parents described the first call from Italian investigators on FaceTime video with their son in the background, crying.

Leah Elder told Dan Noyes, "He said, 'Mom, it's really, really bad.' He said, "They're saying that I killed a cop and then the phone just went dead."

The Elders discussed the central issue for the trial. Finn and Gabe admit stealing a backpack after a drug deal went bad, and arranging to return it for 80 euros. They expected this bald man in a tank top, but Officer Cerciello Rega and his partner Andrea Varriale arrived instead. The Americans say they did NOT know they were police, and that Cerciello Rega had Finn pinned to the ground.

Ethan Elder: "Thrown to the ground."

Leah Elder: "Thrown to the ground."

Leah Elder: "He was being strangled."

Ethan Elder: "He was choking him and pinning him down. Finnegan thought he was in mortal danger."

Dan Noyes: "He feared for his life?"

Leah Elder: "He was fighting somebody who's trying to kill him."

Ethan Elder: "And he was not letting up."

Gabe Natale fought with the other officer, was able to break free and run away. He is charged because he prevented Officer Varriale from saving his partner.

The dead officer's partner insists they did identify themselves as police. Under Italian law, the criminal case is combined with the civil. The judge allowed Cerciello Rega's widow, his sister, the state, and a drug pusher's mediator involved that night to pursue damages against the American families. Back in court on March 9. 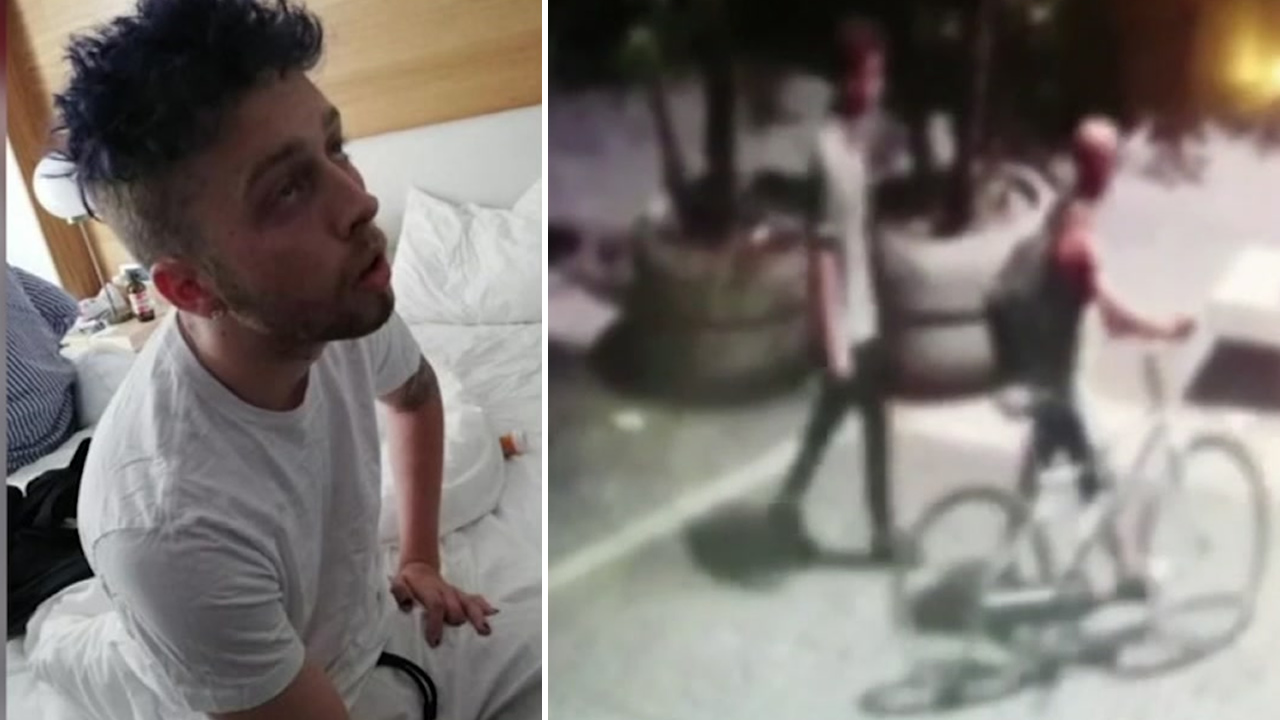