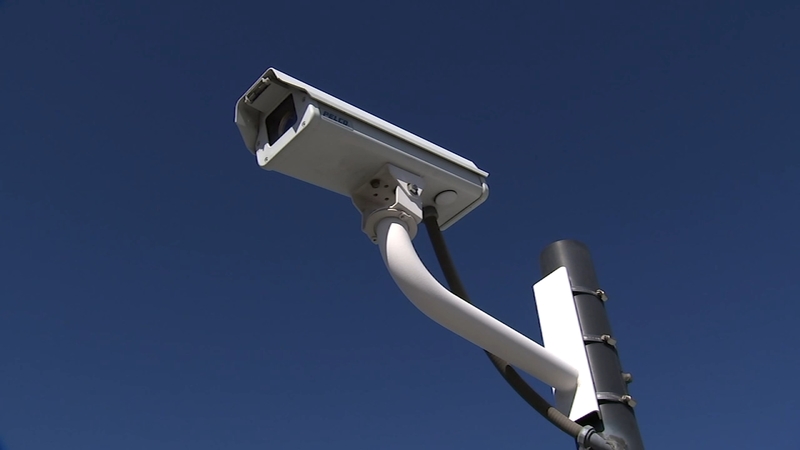 SAN JOSE, Calif. (KGO) -- San Jose Mayor Sam Liccardo testified before the State Assembly's Transportation Committee on Monday. He spoke in support of a bill to test automated speed enforcement cameras in the state of California.

His push comes at a time when traffic fatalities in San Jose continue at record pace.

"We know from our data, 30% of those auto fatalities, speeding constituted the key cause of that collision. Automated speed enforcement clearly works," he said. "A 2017 study from the National Transportation Safety Board confirmed what several U.S. cities have already found- with automated speed enforcement reducing traffic fatalities by between 46 and 71% in cities like Portland, New York, Washington DC."

However, Assembly Bill 2336 aims to allow places like San Jose, Oakland, San Francisco and others to establish a Speed Safety System Pilot Program.

It would put such cameras in high injury intersections, made to monitor cars going 11-miles over the posted speed limit. The equipment would capture images and videos of license plates, with tickets then mailed to the car's registered owner.

"We're looking for the more egregious drivers," Committee Chairwoman Laura Friedman explained, Monday. "The money that's generated in fines has to go right back into that very same community for physical infrastructure, to make those roads safer. So, it generates revenue, not for a general fund, not in a punitive way, but to actually do improvements on those dangerous roads."

"You know, the individual that hit and killed my daughter was going over 40 mph," Felipa Pineda told ABC7 News.

Pineda's daughter Vanessa, a mother of five, was in her wheelchair and in the crosswalk at Monterey Road and Curtner Avenue when she was hit and left for dead.

"This Saturday, April 2 will be a year that she was killed," Pineda shared.

A year later, the driver has still not been identified.

However, on Monday, a step in the right direction she said, as lawmakers voted 10-0 to move the bill forward for next steps.

"I know there's red tape that they have to go through," she shared. "But there's lives that are being taken here."

Opponents of A.B. 2336 include the ACLU and Electronic Frontier Foundation. Both point to personal privacy concerns, issues and rights, and how the programs would accomplish government transparency.

Asm. Friedman, the bill's author, said there are safeguards embedded in the bill to address privacy and equity.

"We have tried to build equity and safeguards and guardrails into this program," she said. "And have really done this. And also, the cities have to warn people when they're coming into a zone or the speed cameras are being used. Because our intention is to take the most dangerous streets in a community and slow people down."

ABC7 News reached out to San Jose's Department of Transportation about the push.

In a statement, DOT said in-part, "Speeding is the top leading factor of traffic fatalities in San José, followed by red light running. San José has probably more traffic fatalities than any other City in the Bay Area, and the number of tragic collisions is increasing every year, with pedestrians, cyclists, and homeless individuals much more likely to die from traffic related crashes than other street users in San José."

DOT acknowledged, "Speed safety systems have demonstrated to be an effective tool in reducing speeding and traffic crashes in other cities in the United States. AB 2336 would allow cities to pilot speed controls, while limiting the disproportionate impacts that speed control placement or speeding citations may have on low-income or racially diverse communities."