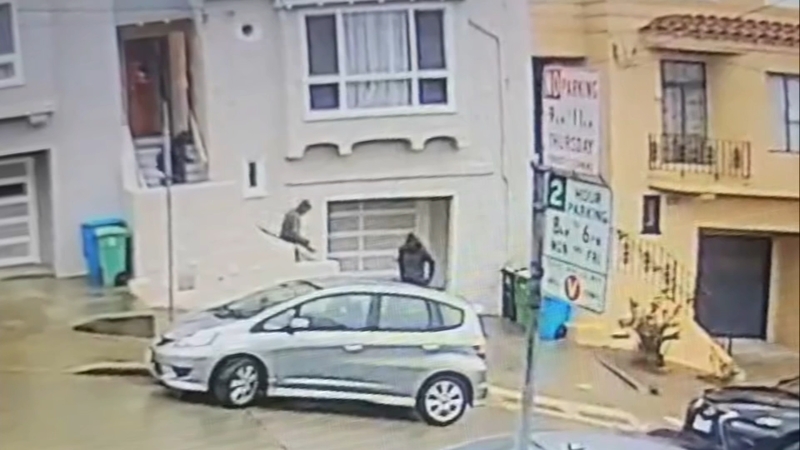 SAN FRANCISCO (KGO) -- New information is coming to light about a burglary spree targeting dozens of families in San Francisco. Not only were nearly all of the 28 families targeted Asian Americans, but there may also be more victims.

A woman, concerned for her safety and privacy requested to be called only as Ms. R described the months of trauma after her family home in the Outer Richmond was targeted.

"It took a while for me to go outside and feel comfortable walking around by myself and with my parents or leaving my house, it took a while to get back to normal," she said, behind a black facemask and sunglasses.

"They drove into our driveway, all three went out and went into our house," said Ms. R.

In December of 2021, multiple masked men broke in using a crowbar-like tool and ransacked Ms. R's home. Video, used in the police investigation shows the men running to a getaway car.

In response, SFPD launched a large-scale investigation which resulted in the arrest of two men linked to 28 separate burglaries in a four-month period. Another video used in the police investigation shows a home invasion robbery in January that took place with residents inside. Other crimes, happened in the Sunset, Excelsior and Visitation Valley neighborhoods.

ABC7 News anchor Dion Lim asked SFPD about leads she had received about the victims and if a certain demographic was targeted in this crime series.

Lt. Scott Ryan who heads the burglary unit at SFPD said "...we do know the 28 cases we were able to charge at this time, all but one were members of the Asian community."

During a time when attacks on Asian Americans continue, Ms. R says being among 27 Asian families victimized is sad... but not surprising.

"Nobody is helping our community right now. They don't think it's happening because they don't see it on TV that often," said Ms. R.

The suspects, Steve Levy and Deshawn White were found with firearms, jewelry, and cash when they were arrested in April and remain in custody. Ms. R says the incident prompted her community to come together.

"Our whole block has cameras and we all helped each other install them too," said Ms. R.

Her family has also installed a front gate.

The investigation into this crime ring and potentially other victims is ongoing.