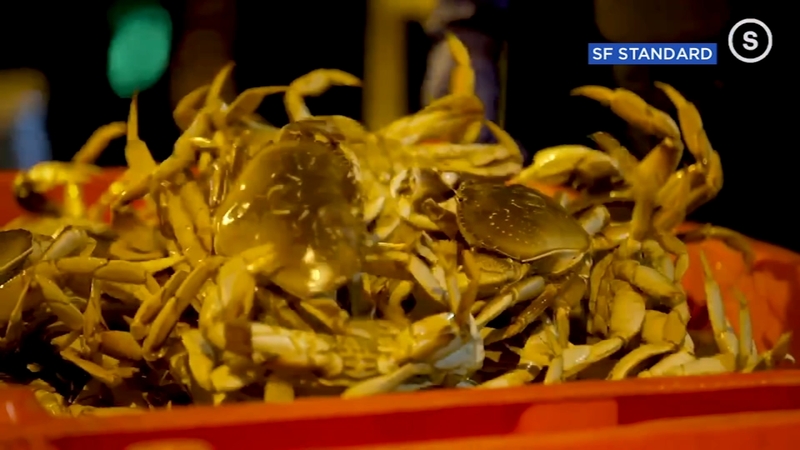 Strolling through Fisherman's Wharf in San Francisco, you cannot miss the giant sign with a red crab welcoming tourists. And, the smell of freshly steamed crabs.

But a series of problems is causing some longtime fishermen to consider leaving their jobs. From the Pier 45 warehouse fire of 2020 to the ongoing COVID-19 pandemic to the changing climate, one of the city's biggest industry is struggling to survive.

Typically, crab season begins in November but this season, it began in December. Truong says it all started with the changing climate that's affecting wildlife, leading to a lawsuit.

"The crabbing industry entangled a record number of whales now that led to a lawsuit from the Centers of Biological Diversity, global environmental groups," Truong said, adding that 29 states eventually settling back on a delayed date to protect the whales of which migratory patterns have shifted with the presence of substances and chemicals in the ocean.

The delayed season means more financial trouble and less motivation for the fishermen to go out to sea with an uncertainty of catching any crab.

"It's really difficult to get people to work on your boat if you don't know when you're actually going out," Truong said. The delayed season also poses risks for the fishermen as dangerous weather conditions could potentially do more harm than making a few bucks.

Watch the full interview above.