Who's David DePape? What we know about suspect in attack on Nancy Pelosi's husband at SF home

David DePape was part of the Berkeley art crowd some 10 years ago, but took a hard turn to conspiracy theories in recent months.

ByDan Noyes and Anser Hassan via

David DePape, the suspect in a violent attack on Nancy Pelosi's husband inside their home, took a hard turn to conspiracy theories in recent months.

SAN FRANCISCO (KGO) -- The man who allegedly attacked House Speaker Nancy Pelosi's husband early Friday was part of the Berkeley art crowd some 10 years ago and used to sell hemp bracelets online. But in the past few months, he took a hard turn to conspiracy theories.

David Wayne DePape, 42, was identified by police as the suspect in the attack on Paul Pelosi at the speaker's San Francisco home.

Kevin Reyes of the Institute for Strategic Dialogue explains, "What we do is try to prevent extremism and hate in the real world by monitoring online spaces."

Reyes was one of the first to find and capture DePape's online rage, a variety of conspiracy theories and extremist ideologies on Facebook and his blog page, Welcome to Big Brother's Censorship Hell. "COVID-19 conspiracies to information against women, content against the Jewish community, federal law enforcement, you know, pizza gate, even the pyramids on the dollar bills."

But Reyes says there were no online warnings of an imminent attack, no threats to physically target anyone.

The head of UC Berkeley's Center for right wing studies tells the I-Team it's clear what fueled DePape, who reportedly said, "Where's Nancy?" as he broke into the house.

Lawrence Rosenthal told the I-Team, "He was saying, where's Nancy? Where do we remember that from? Remember that from January the 6th. And it was, as well, the occasion on which people were shouting, 'hang Mike Pence.'"

Rosenthal says the attack at Pelosi's house is a result of a failure of our national leaders to lower the temperature on political discourse, and disavow conspiracy theories.

"As long as the myth, and I use that word advisedly, the myth of the stolen election is maintained and nourished as it were, by the Republican Party, we're going to find ourselves in a situation where the threat of actions like today's or January 6, are going to be with us," he said.

And those experts are watching now to see how extremists respond. They are concerned it could lead to other violent attacks.

DePape posted memes and conspiracy theories on Facebook about COVID vaccines, the 2020 election and the Jan. 6, 2021 attack on the Capitol. Two of his relatives told CNN that he's estranged from the family, and confirmed that the Facebook account -- which was taken down by the social media company on Friday -- belonged to him.

His stepfather, Gene DePape, said David DePape grew up in Powell River, British Columbia, and left Canada about 20 years ago to pursue a relationship that brought him to California.

"I really don't know what to think," the suspect's uncle, Mark DePape, said of his nephew's alleged attack on Pelosi. "Hopefully it's a scam. I don't want to hear something like that."

Last year, David DePape posted links on his Facebook page to multiple videos produced by My Pillow CEO Mike Lindell falsely alleging that the 2020 election was stolen. Other posts included transphobic images and linked to websites claiming Covid vaccines were deadly. "The death rates being promoted are what ever 'THEY' want to be promoted as the death rate," one post read.

He also posted content about the "Great Reset"-- the sprawling conspiracy theory that global elites are using coronavirus to usher in a new world order in which they gain more power and oppress the masses. And he complained that politicians making promises to try to win votes "are offering you bribes in exchange for your further enslavement."

Two former acquaintances of DePape's in California told CNN he exhibited concerning behavior over the years.

Linda Schneider said she got to know DePape roughly eight years ago and that he occasionally housesat for her. When they met, she said, DePape was living in a storage unit in the Berkeley area and told her he had been struggling with hard drugs but was "trying to create a new life for himself."

Schneider later received "really disturbing" emails from DePape in which he sounded like a "megalomaniac and so out of touch with reality," she said. She said she stopped communicating with him "because it seemed so dangerous," adding that she recalled him "using Biblical justification to do harm."

Laura Hayes, who also lives in California, said she worked with DePape for a few months roughly a decade ago making hemp bracelets when he was living in a storage shed in the Berkeley area. She said DePape sold the bracelets as a business.

"He was very odd. He didn't make eye contact very well," Hayes said. She recalled him saying that "he talks to angels and there will be a hard time coming." But she didn't remember any seriously threatening comments, and said she didn't think much of it because "it's Berkeley," a place where eccentric characters aren't uncommon.

Hayes, who was Facebook friends with DePape, called his more recent posts "so phobic in so many ways" and filled with "so much anger."

CNN contributed to this story. 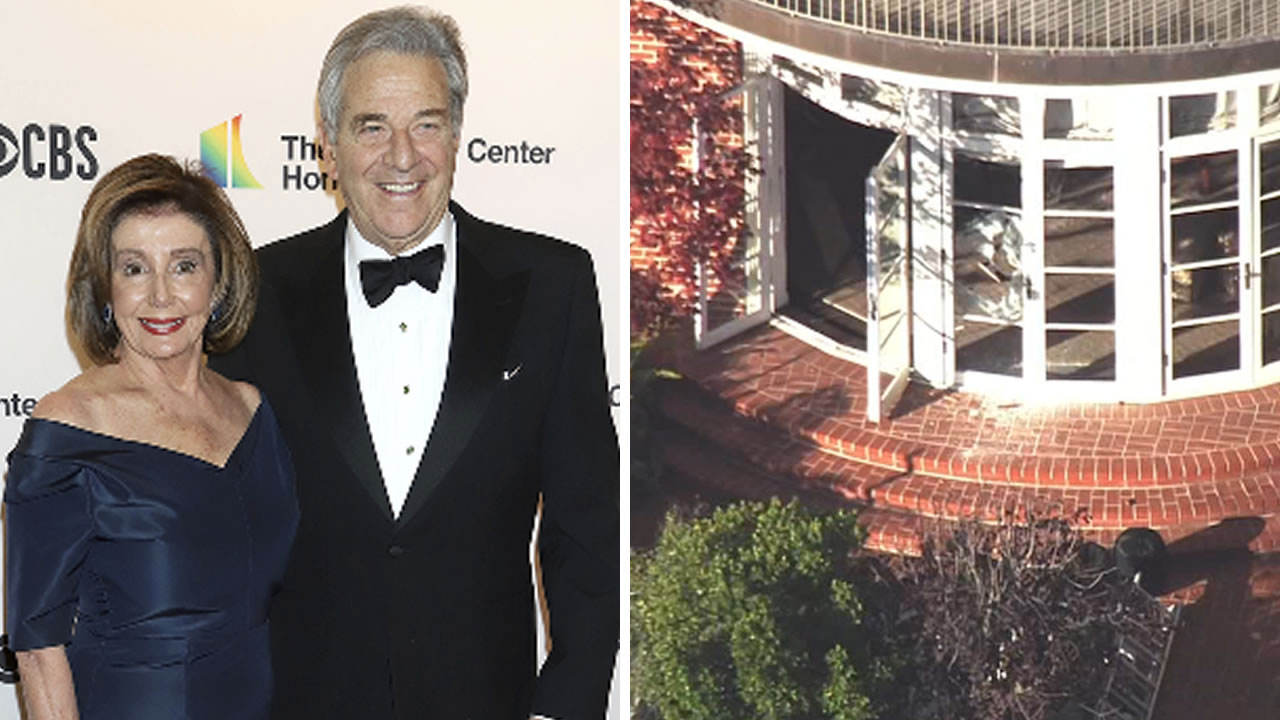