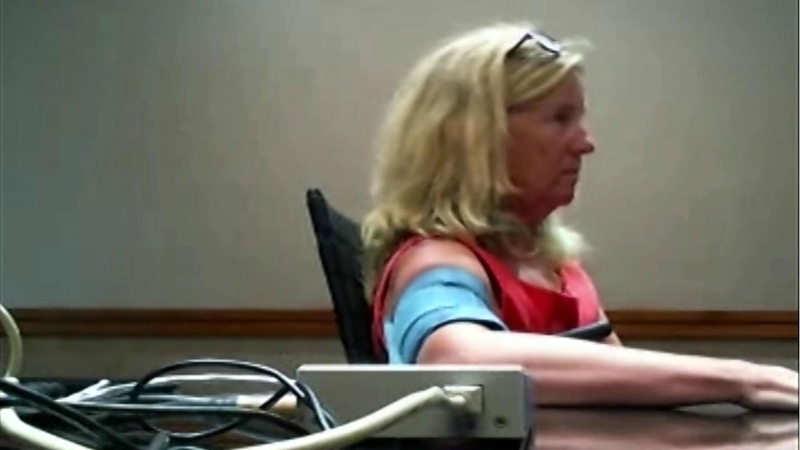 WASHINGTON (KGO) -- On the eve of a hearing before the Senate Judiciary Committee, Christine Blasey Ford's lawyers have released results of a polygraph test.

The polygraph examination included Blasey Ford's handwritten account of the party she says took place in the summer, during the 1980's.

Blasey Ford wrote that she went upstairs to use the restroom and was pushed into a bedroom.

She said Kavanaugh laid on top of her and tried to remove her clothes, while groping her, and put his hand on her mouth to stop her from screaming.

She said he jumped on top of them two or three times, before he toppled over.
That's when Blasey Ford said she was able to escape to a bathroom and lock herself inside, until she heard Kavanaugh and Judge go downstairs.

According to his report, Blasey Ford was asked two relevant questions.

She answered no to both questions.
Hanafin reported that based upon his analysis, Blasey Ford's responses to the relevant questions were not indicative of deception.

Two more analyses were performed, and Hanafin said they concluded there was no probability of deception.

Blasey Ford's lawyers have submitted the documents to the Senate Judiciary Committee.

Mark Judge told the Senate Judiciary Committee he has no memory of the alleged assault.