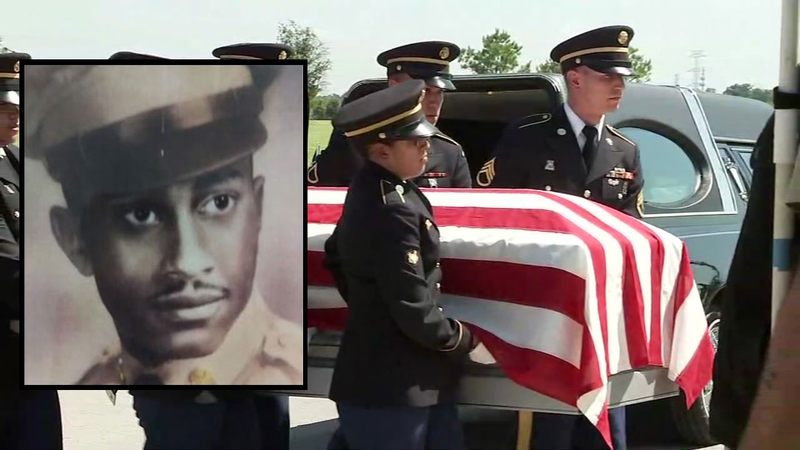 HOUSTON, Texas -- Army Sergeant John Wesley Hall arrived at his final resting place on July 6, 67 years after his death in the Korean War. Taken captive, he died in a camp known as Death Valley. Only recently were his remains found and identified as those of the solider who enlisted when he was 23.

"My uncle was the man of the family, and he went to war to take care of my grandmother, not knowing he would give his life for his country," said Stephanie Fontenot, Hall's niece.

The family he knew passed on. What haunted his nieces' grandmother was that his remains were on foreign soil. But not any longer.

The past was laid to rest with honors. The Consul General of the Republic of Korea spoke at the service and gave a medal and condolences to the family.

"We Koreans will never, ever forget the service and sacrifice by their husbands, fathers and grandfathers," said Kim Hyung Gil, the Republic of Korea Consul-General of Houston.