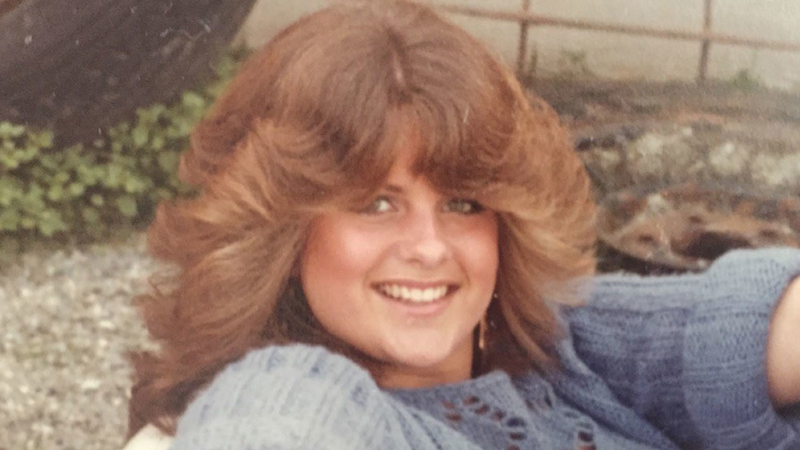 WALNUT CREEK, Calif. (KGO) -- In 1979, Mary Berwert turned 13 years old and got a coveted spot on a Walnut Creek cheerleading squad. Two months later, she became one of the youngest victims of the Golden State Killer.

She's now feeling empowered by his alleged arrest last week and is willing to speak on the record and on camera about her ordeal.

Berwert said a man came into her bedroom and put a knife to her throat at 4 a.m. She said, "He tied my hands and my legs and gagged me with my training bra. And he raped me. And he said he was going to look for money in the rest of my house and, if I said a word, he was going to kill my family. And I just laid there thinking what am I going to do?"

Her 16-year-old sister was across the hall. Berwert says she managed to break her feet loose after 45 minutes and ran down the hall to tell her dad what happened.

She said the look on his face was devastating as he called the police. She went into the kitchen and grabbed a knife to defend herself in case the intruder was still in the house.

Police came and bloodhounds checked out their yard. The next day, she says her dad tore down the playhouse by her bedroom window because "that's where he was watching me, stalking me. Laying on top of the playhouse, he could see right into my bedroom window."

She remembers still the terror he brought to her neighborhood. But she survived the attack and now feels that karma is on her side with the man accused of being the Golden State killer behind bars and with all the messages she's getting from people in her life.

She says she feel safer now and appreciates all the love. But she regrets the fact that the old statute of limitations means her rape case will never go to court.

She hopes some good can come out of her experience and others who were traumatized by the Golden State Killer. She hopes to make positive changes to the justice system.

One of youngest victims of Golden State Killer on assault: "He gagged me with my training bra". #abc7news pic.twitter.com/4ydmkcqyS6