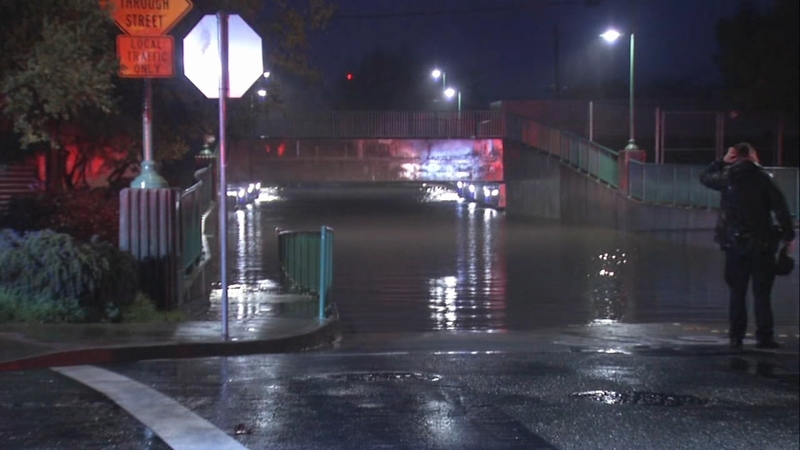 MILLBRAE, Calif. -- The names of two Millbrae residents found dead last week after their car was trapped in a flooded underpass were released Monday by the San Mateo County Coroner's Office.

Susana Glorioso, 62, and Rolando Ortigas Glorioso, 63, were found early Dec. 23 in a car submerged under a Caltrain overpass, near the corner of East Hillcrest Boulevard and Hemlock Avenue, authorities said.

Witnesses said two people were standing on the roof of their vehicle, just before first responders arrived and rescued them, according to sheriff's officials.

Emergency crews located a second car that was fully submerged and because the water was rising rapidly, the conditions were too dangerous for first responders to conduct a rescue.

After the water receded, investigators were able to confirm two people had become trapped in the vehicle and died, sheriff's officials said.

For residents of Landing Lane in Millbrae, flooding has become a persistent worry.