The Contra Costa Republican party is hosting a dinner to fund a third delivery of protective gear to Ukraine.
KGO
By Leslie Brinkley 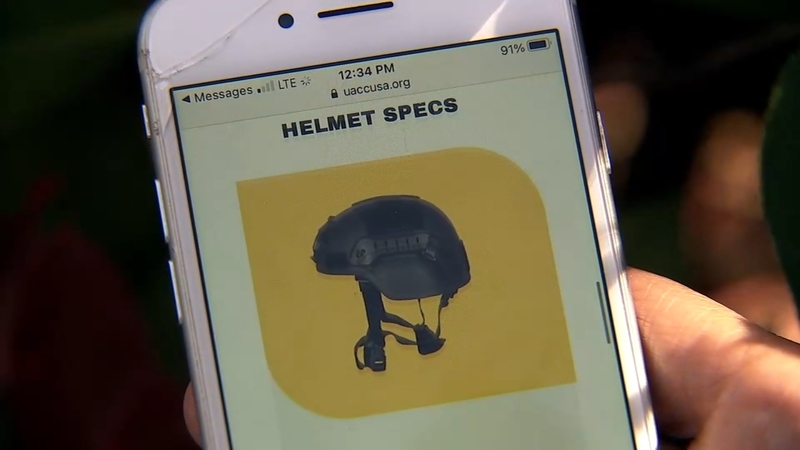 PLEASANT HILL, Calif. (KGO) -- The Contra Costa Republican Party is raising money to buy body armor for Ukrainians at a fundraiser they're hosting in Pleasant Hill this week. The armor will go to ordinary citizens.

Civilians are dodging gunfire and explosions throughout Ukraine as the war grinds on. And a Bay Area nonprofit has found a way to help them.

"Anyone who's going to be in the battle zones, which is frankly the entire country, needs the protective gear to keep doing what they're doing," said Lydia Stoykovych with the Ukrainian American Coordinating Council.

The Ukrainian American Coordinating Council has already made two successful runs getting body armor into Ukraine. Now, the Contra Costa Republican party is hosting a dinner to fund a third delivery.

Contra Costa GOP Chairman Matt Shupe said, "We only sold tickets for seven days and we have 130 people attending, alot of VIP tickets and sponsors, we raised about $26,000."

"It's not the weapons, but it's the protective stuff which allows them to survive if they are shot at or targeted by some mortar or something. And the body armor that is being purchased here and sent to Ukraine is level 4, so it's military-grade armor," he said.

Members of the Bay Area Georgian American community spent their Sunday outside a San Jose warehouse, sorting and boxing humanitarian aid for Ukraine.

The Consul General says the California National Guard and law enforcement agencies are trying to collect used and expired armor to send overseas.

But the military-grade armor requires a special license to export.

Stoykovych explained, "We will purchase the military-grade gear here in the U.S. and then we have a logistics chain, and we will ship it outside of Ukraine and then we have groups on the ground that will carry it into the border to the major cities where the equipment is most needed."

The body armor should arrive in Ukraine hands by early April.