Here's what you need to know about street closures, Clipper card ahead of SF Pride Parade

BART is asking riders using clipper to make sure they have value on the card before Sunday.
KGO
By Ryan Curry 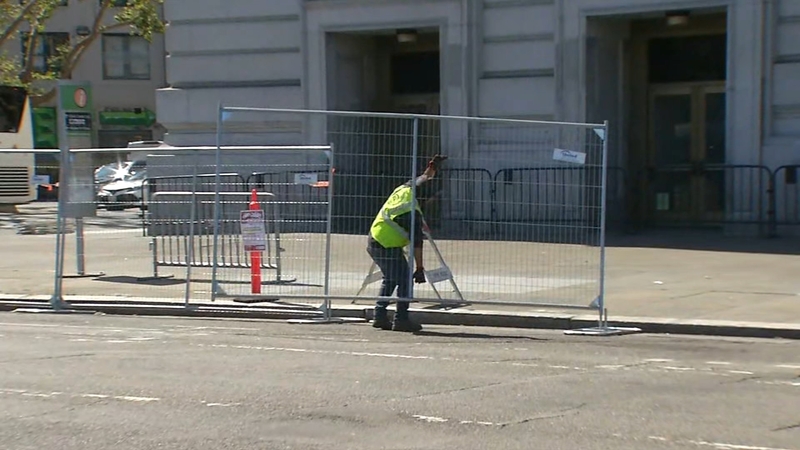 SAN FRANCISCO (KGO) -- Transit agencies are starting to make preparations for Sunday's Pride Parade. The event makes its return to San Francisco following a two-year hiatus due to the COVID-19 pandemic.

Watch ABC7's exclusive live coverage on TV and streaming online starting at 10:30 a.m. as the parade kicks off with Reggie Aqui, Drew Tuma, Liz Kreutz, Jobina Fortson, Julian Glover, and the rest of the ABC7 team.

Several streets are set to be closed Thursday, with plenty more coming Friday and Saturday.

RELATED: What to know before you go to this year's San Francisco Pride Parade and Celebration

Fulton between Larkin and Hyde streets will be closed starting Thursday morning as well as Grove street between Polk and Larkin.

The barricades used for the Warriors' championship parade remain on market street and will be used again for Sunday.

BART is also making plenty of preparations for Sunday. The Pride Parade is usually one of the busiest days for the transit service.

The LGBTQIA+ community is multicultural, multi-ethnic, multi-faith and multidimensional. Watch "Our America: Who I'm Meant To Be."

"With kind of the nice weather forecast and people not being able to go the last couple of years we are expecting a really fun day," said Jim Allison with BART. "This year is kind of different because we have five line service on Sundays now so we are hoping to provide even better service than we have in the past."

In years past, Pride Sunday has been BART's busiest Sunday service.

The Warriors parade was BART's busiest day since March 2020, and this Sunday's parade should be similar.

BART is asking riders using clipper to make sure they have value on the card before Sunday. They say this will help people avoid any potential issues with the mobile app, and cut down on lines at stations downtown.