Got scammed? You can no longer deduct it on your taxes 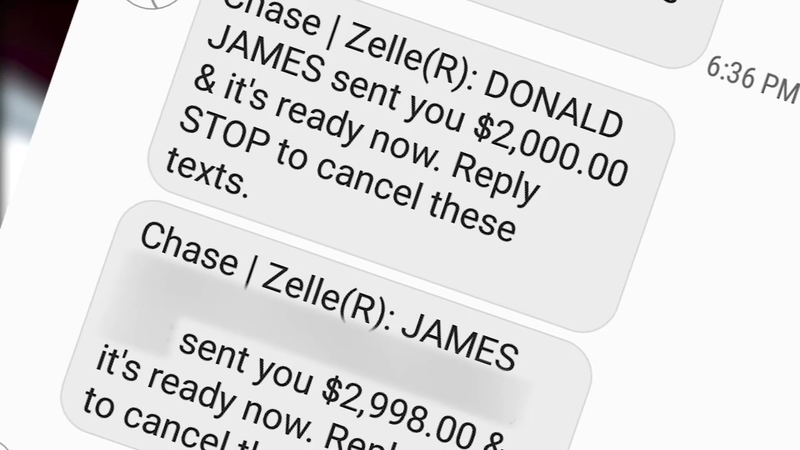 Got scammed? You can no longer deduct it on your taxes

SAN JOSE, Calif. (KGO) -- Most losses from theft, fire, storms and accidents are no longer deductible on federal tax returns due to changes in the Trump administration's Tax Cuts and Jobs Act.

As tax season ramps up, many taxpayers are finding out some losses they suffered last year are no longer tax deductible. Personal losses from events like a house fire or robbery generally cannot be deducted.

7 On Your Side has been reporting about the widespread Zelle scam - bank imposters tricking victims into sending them money through Zelle. The scammers were bad enough. Now victims are finding out the IRS won't give them a break either.

"And I went, 'Wow I have been scammed,'" said Donald James of San Jose.

Another victim, Page Pollack of San Francisco, had a similar experience. "And $3,500 was gone right then and there."

VIDEO: What tax deductions can you take if you work at home? Experts explain
EMBED More News Videos

Californians are more likely to get tax deductions for working from home -- but there are strict rules you have to follow.

"The money is gone. It's gone. It like, disappeared," said Concord resident Cynthia Marin.

All were victims of the same scam - bank imposters claiming to help them stop a fraud tricked them into sending money through Zelle - but it went straight to the crooks.

"I went to go look and I had six dollars left," Marin said.

"$7,000 over a matter of several transactions," James explained.

Like other victims, James felt the sting of losing thousands of dollars to the scam. He figured at least the federal government would soften the blow with a nice tax break.

TAX CHAT: Have a question about filing your tax returns? 7 On Your Side wants to help

"My hope was that I could treat this scam, this loss of money, as a deduction. So I investigated. I called my accountant. He said that was no longer available as of 2017," he said.

IRS enrolled agent Norman Golden, former president of the California Society of Enrolled Agents, says scam victims can no longer deduct the loss on their federal tax returns: "Unfortunately, this law changed in 2017 and it's no longer deductible."

Other personal casualties are no longer deductible either - such as losses from a home burglary, a house fire, a windstorm, or auto accident.

Previously, taxpayers could deduct losses that were not recovered through their insurance, or other reimbursements.

"Unfortunately, this is one of those situations where a lot of taxpayers are gonna get hurt... When the deduction was allowed, we had less scams than we have today," Golden said.

RELATED: Want to invest your tax return money? Here are tips on how to do it
EMBED More News Videos

If you expect to get money back from your taxes this year, what do you plan to do with it? We talked to an investment expert about what you can do with your returns.

The tax break was eliminated as part of the Tax Cuts and Jobs Act signed by then-President Trump in 2017.

It does contain one exception - allowing deductions on your federal returns if the loss was a result of a federally declared disaster, like the California wildfires. Those damages are still deductible.

Also, you can still deduct theft and casualty losses on your California state tax returns. Generally, unreimbursed loss from scams, fraud, fire, storms, and accidents can still be deducted from your state tax liability.

But for millions who were scammed out of billions of dollars in the past year, the non-existent federal tax break is another sting.

James had this to say about the situation: "I hope the scammers are paying their taxes."

Most provisions of the new tax bill are scheduled to expire in 2025 - but for now, this deduction is no longer available. Check out the IRS web pages that explain what you can, and cannot deduct here.