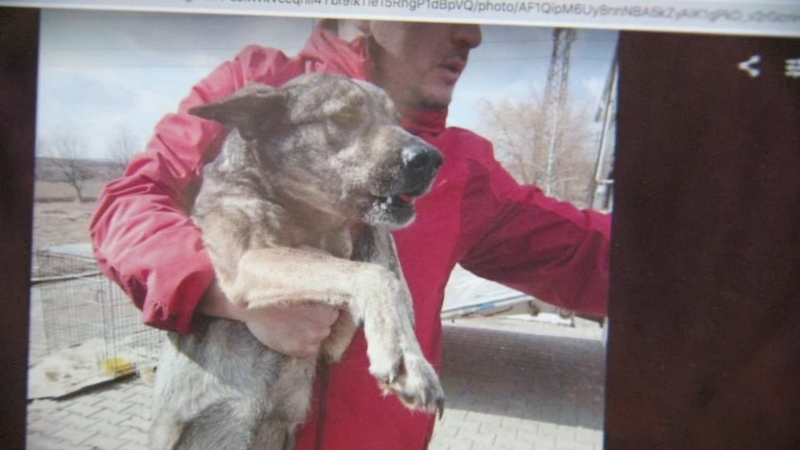 Bay Area nonprofit helps save hundreds of animals in Ukraine

PACIFICA, Calif. (KGO) -- For the past month, Mandy Allen has been tirelessly at work.

"We weren't sure how we were going to do it at all," she said.

Since 2018, the Pacifica resident has run a nonprofit called Transform a Street Dog, that helps rescue disabled and abandoned Ukrainian animals.

But once the invasion started, their operations were turned upside down and in early March, Allen was left with 35 dogs and 15 staff members caught in the middle of a warzone.

"We were able to evacuate them to Austria and they are now safely there," Allen said.

Thanks in part to ABC7 News coverage, the group's efforts went viral.

They partnered with other animal groups in neighboring European countries and were able to get not just the initial batch of dogs to safety, but also hundreds more.

But despite the work that they've already done, Allen says there's still a lot more to do as the war continues to decimate the country.

Allen showed us photos of the animals the group has helped to save so far - many of which have been adopted.

She said they're currently in the process of trying to save at least 100 more.

"Right now, this weekend, we are planning an evacuation to Romania again and to Poland," Allen said.

But Allen says she could never do it without the assistance of her team, some of whom, she said, are risking their lives to stay in Ukraine and help.

We spoke to one them hiding out in Kyiv via Zoom.

"If I know that I can do something for the animals and I will get another achievement, then I do it," said Katya Kurilets.

And despite the challenges they've faced, Allen remains determined.

Not just to save as many animals as possible, but also the people she's come to know and love.

"I've been doing this for four years and I'm friends with all of these people. So when this crisis started, I'm not just going to stop. I have to help them," Allen said.

You can donate to the group here.