Storm cleanup is underway in Santa Cruz County as beach towns of Capitola and Aptos brace for more rain.

CAPITOLA, Calif. (KGO) -- The City of Capitola is still reeling after large waves devastated its popular village and wharf.

Though the cleanup is underway, the area is also bracing for more rain and the damage it may bring.

Chain link fencing in the village went up to protect the businesses facing the ocean that are still too dangerous to enter.

Patrick Lynn who owns one of those businesses, Bay Bar and Grill, shared video showing the damage the waves did to the interior.

Lynn telling us the nightmare began when he got a call from a friend just after 8:30 a.m. Thursday telling him the village was flooding.

What he saw when he arrived was unimaginable.

"Everything's just blew my back windows out waves coming in the bar like," he said, "That's never happened before."

The damage to Patrick's building was so severe that it got him a yellow tag from the city meaning he needs special permission from their building department to go in. Some businesses have it even worse with red tags, meaning owners can't go in until an engineer can inspect.

Not even Capitola's famous Venetians were spared.

Crews have been working to clean the area up.

Janelle Cox says the unit she owns has been in her family since the 70s.

She was saved from some of the worst but neighbors haven't been as lucky.

The other devastation that's been capturing nationwide attention has been to the Capitola Wharf, the pier split by the Thursday waves, access to the businesses at the end of it blocked for now, though the city says full damage assessment of that area has to wait.

"The priority is getting our residents and businesses back going," said Capitola Police Chief Andy Dally.

Lynn, like other business owners impacted, isn't sure how or if he will get back going.

MORE: With all this rain, is California still in a drought?

"The next phase of my life starts today," he said, "What do you do when you've lost your purpose? You know, everything that you've been working towards?"

The Capitola City Council voted Friday to ratify its local emergency proclamation, something they say will extend their resources and possibly bring in state and federal assistance.

Elsewhere, Seacliff State Beach in Aptos remained littered with tree logs and debris, with plenty of work and worry ahead.

Resident Ginna Holcombe told ABC7 News, "Well, there's no beach left. So you worry that there's a free shot at whatever's left, you know? I mean, look at that. That's heavy stuff."

An early estimate by the county put the widespread damage between $10 to 15 million.

The storm wiped out part of Seacliff Pier, and the popular Cement Ship was damaged and now sits at a great distance.

"We used to walk out to the end of it," Resident Mark Folsom said, describing the pier allowed visitors to watch pelicans and other birds on the ship. "Now you can't get anywhere near them."

Residents said Friday, they're just happy to finally have power restored. They also shared their shock about the storm's aftermath.

Vanessa Biaggi said, "This is amazing how bad it looks."

"It's just so sad, you know, it's crazy," Jesse Turner described. "I don't know if there was really any way to prepare for it."

Resident Brother Lou said, "The waves were at least 30 feet high. And the tide, right now as we speak.. is, oh, it's the furthest I've ever seen it out. And I've just never seen anything like this here."

Residents question how much more rain the area can take, and how long it'll to take to rebuild.

RELATED: Exactly 41 years ago, the Bay Area was hit by another deadly storm

"I can't predict that at this point," Serino with the county explained. "We don't know what's going to happen after this set that's being predicted for Sunday, Monday."

"I think we should be prepared for a tough winter," she said.

Beyond the beach towns, the county is reminding that there is widespread storm damage and plenty of people struggling in the storm's aftermath.

"It's really easy to forget that a whole lot of other more vulnerable areas were also impacted by the storms," Serino told ABC7 News. "That adult village in the South County was heavily impacted on New Year's Eve, other places in the mountains. Of course, we have a very large unhoused population in Santa Cruz County that's suffering through this. So try to remember that everybody is being impacted and be kind to one another." 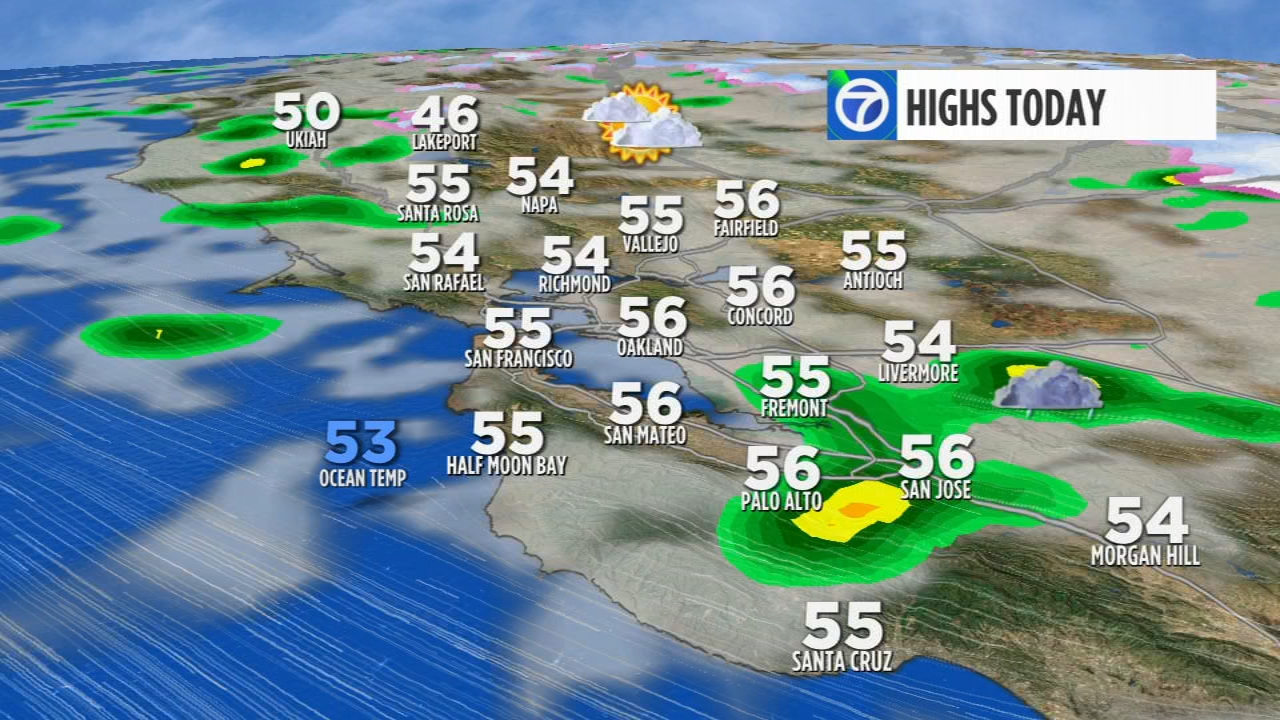