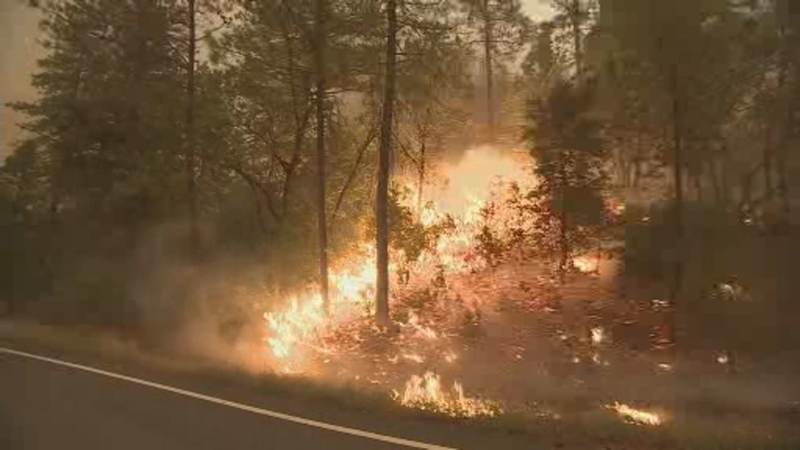 SAN FRANCISCO (KGO) -- Officials say the Mendocino Complex Fires have grown to 354,410 acres and continue to threaten over 1,000 structures.

On Monday, a firefighter died battling the fire. The firefighter's identity and details on his death weren't released but California authorities said he died at a hospital after being injured at the site of the massive blaze.

The Draper department was among seven Utah agencies that sent a convoy of equipment to California on Aug. 2 for an expected three-week deployment to battle wildfires that have spread through drought-parched forests and rural communities.

Firefighters on the front lines of the Mendocino Complex Fires got more help Monday when a crew from New Hampshire arrived. Over the weekend, flames pushed toward the northwest, into the Lake Pillsbury community in the Mendocino National Forest.

The Mendocino Complex Fires is now the largest fire in state history, and bigger than the city of Los Angeles. If it were a city, the fire would be the 14th largest by area in the entire country, and bigger than New York City, Philadelphia, Chicago and Houston.

Fire crews are not expected to fully contain the Mendocino Complex Fires until September.