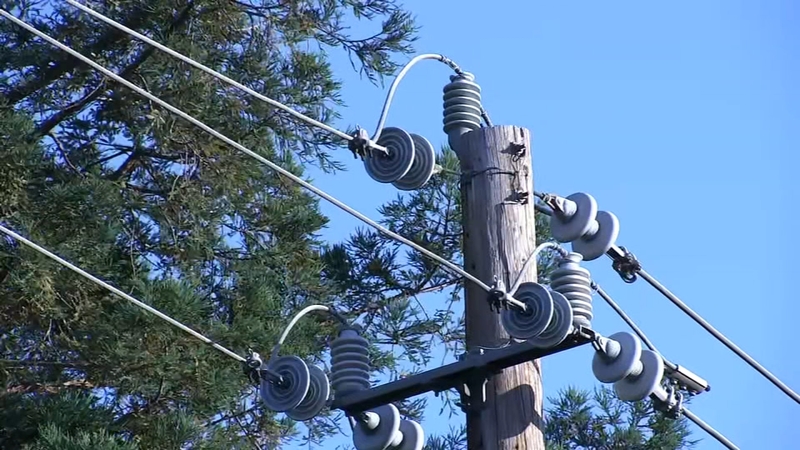 High temperatures in many inland parts of the state created increased demand, but supply was also limited due to a fire burning in Oregon that damaged power lines which import electricity into Northern and Southern California.

"Collectively between these two lines, California has lost about 5,500 megawatts of power. That is a significant fraction of the state's power supply," said Elliot Mainzer, President and CEO of California Independent System Operator, which oversees the state's grid. A timeline to repair to those lines is unclear and depends on the status of the fire.

While temperatures on the coast remained mild, parts of the South Bay hit highs in the 90's while parts of the East Bay crossed into triple digits.

In Lafayette, families flocked to Springbrook Swim Club during the late afternoon.

"It was calm around noon but got really busy at 3 o'clock" said Fox Fleischmann, a lifeguard.
In Walnut Creek, the Priestley family came to get ice cream and eat dinner in an air-conditioned restaurant.

RELATED: Our all-time favorite Bay Area ice cream spots that will get you through this heat wave

"They tried to put us outside, but we didn't do it," said Anya Priestley.

They wanted to get out of the house during the Flex Alert to help conserve power, something they have been hyper aware of as California residents

"We've been pretty mindful of that for years now," said Jason Priestley.